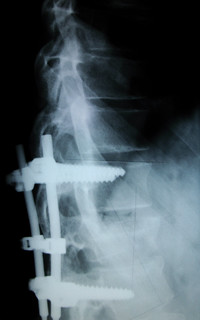 If there ever was a piece of legislation influenced by campaign contributions and lobbyists, the bill to repeal a 2.3 percent excise tax on medical device manufacturers, which the House passed last Thursday, would be it.

Forty-six Democrats joined 234 Republicans to repeal the tax, which was authorized by the Affordable Care Act as one of the ways to pay for the expansion of health insurance to millions of uninsured Americans. The tax went into effect on Jan. 1, 2013, and is expected to generate between $26 billion and $29 billion over 10 years, according to Congress's Joint Committee on Taxation.

Even though the medical device makers are gaining financially now that more Americans can afford their products, most of them hate the tax -- so much so that the industry has spent $109.7 million lobbying in Washington since the it went into effect, according to MapLight, a nonprofit group that tracks and reports on money's impact on politics.

In addition to all that money, MapLight found that the biggest medical device makers and their trade group have donated $19.5 million to House members since Oct. 1, 2012, most of whom voted for the repeal.

OpenSecrets, another watchdog group, found that 27 of the 32 Democrats who co-sponsored the bill received money from the medical device industry.

The House member who has received the most in donations is Rep. Erik Paulsen, the Minnesota Republican who has been the industry's go-to guy in its effort to kill the tax. MapLight says Paulsen, the chief sponsor of the Protect Medical Innovation Act of 2015 -- the official name of the repeal bill -- has received $109,049 from the industry. Coming in second is Democratic Rep. Ron Kind of Wisconsin, who has taken in $55,400.

The focus will now be on the Senate, where passage is less certain but where five Democrats, including both of Minnesota's senators, Al Franken and Amy Klobuchar, have signed on as co-sponsors of that chamber's repeal bill. In fact, says OpenSecrets, the industry has been more benevolent to those two recently than anybody else on that side of the Capitol. Franken has received $47,249 in contributions while Klobuchar has received $39,900.

If you're wondering why the industry is so generous to the Minnesotans it's because the Land of 10,000 lakes is also the land where a lot of medical devices are made.

One of the biggest companies, Medtronic, is headquartered there. Or at least it was until it realized that it could avoid billions of dollars in U.S. taxes by claiming to be based overseas. Last year Medtronic announced plans to relocate its headquarters to Europe when it completed its acquisition of an Irish company.

But foreign-based companies like Medtronic can still dole out campaign contributions to get what they want on this side of the Atlantic, especially if they think there's a chance they can avoid even more U.S. taxes.

As soon as the House passed the repeal bill Thursday, several members were quick to send out their own press releases to say what a great idea it was. One of them was GOP Rep. Jackie Walorski of Indiana, who wrote, "It is time to stop propping up Obamacare with a tax on the medical device industry at the expense of the Hoosier economy."

As Elkhart Truth reporter Tim Vandernack noted, Walorski singled out the "adverse impact" the tax has had on Mishawaka-based orthopedic instrument maker Complexus Medical, "forcing the firm to cut its research and development budget."

Maybe so, but on its website, Complexus Medical has a link to a 2013 South Bend story about the company's big expansion plans.

Related Topic(s): Individual Campaign Donations; Lobbyists Lobbying Influence; Medical Devices, Add Tags
Add to My Group(s)
Go To Commenting
The views expressed herein are the sole responsibility of the author and do not necessarily reflect those of this website or its editors.