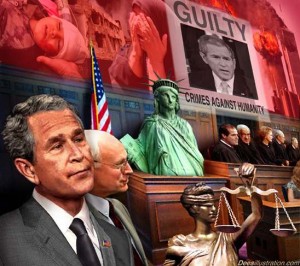 Mike Malloy is a former writer and producer for CNN (1984-87) and CNN-International (2000). His professional experience includes newspaper columnist and editor, writer, rock concert producer and actor. He is the only radio talk show host in America to have received the A.I.R (Achievement in Radio) Award in both (more...)
Related Topic(s): Bush Co-Conspirators; Bush Crimes; Bush Messes To Clean Up; Bush Torturer-in-Chief; Dick Cheney Torture Defense; Evidence; Indictments, Add Tags
Add to My Group(s)
Go To Commenting
The views expressed herein are the sole responsibility of the author and do not necessarily reflect those of this website or its editors.