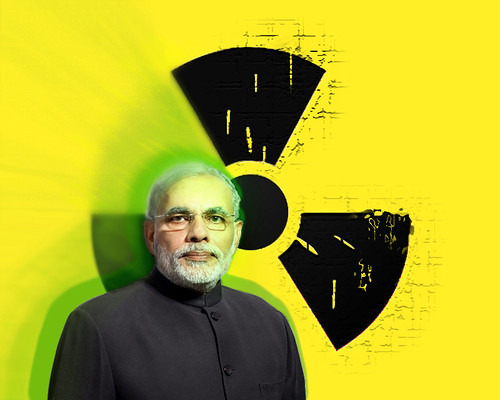 The Bulletin of Atomic Scientists analysis suggests that the focus of Indian nuclear strategy has been shifting from Pakistan to China.

India continues to modernize its nuclear arsenal, with at least three new weapon systems now under development to complement or replace existing nuclear-capable aircraft, land-based delivery systems, and sea-based systems. Several of these systems are nearing completion and will soon be combat-ready, Hans M. Kristensen and Matt Korda, authors of the study "Indian nuclear forces, 2020", have pointed out.

India is estimated to have produced enough military plutonium for 150 to 200 nuclear warheads but has likely produced only 150, the researchers said, adding:

"Nonetheless, additional plutonium will be required to produce warheads for missiles now under development, and India is reportedly building several new plutonium-production facilities. India's nuclear strategy, which has traditionally focused on Pakistan, now appears to place increased emphasis on China, and Beijing is now in range of Indian missiles.

India is estimated to have produced approximately 600 kilograms of weapon-grade plutonium, sufficient for 150-200 nuclear warheads; however, not all the material has been converted into nuclear warheads. Based on available information about its nuclear-capable delivery force structure and strategy, we estimate that India has produced 150 nuclear warheads. It will need more warheads to arm the new missiles that it is currently developing, the nuclear researchers argued, and added:

"In addition to the operational Dhruva plutonium production reactor at the Bhabha Atomic Research Centre complex near Mumbai, India has plans to build at least one more plutonium-production reactor. Adding to the estimated 5,400 kilograms of reactor-grade plutonium included in India's strategic stockpile, the unsafeguarded 500-megawatt Prototype Fast Breeder Reactor under construction at the Indira Gandhi Centre for Atomic Research near Kalpakkam could potentially increase India's plutonium-production capacity significantly in the near future if it achieves criticality as planned in 2020, after a series of delays."

The expansion of India's nuclear posture to take a conventionally and nuclear superior China into account will result in significantly new capabilities being deployed over the next decade, which could potentially also influence how India views the role of its nuclear weapons against Pakistan. According to one scholar, "we may be witnessing what I call a 'decoupling' of Indian nuclear strategy between China and Pakistan. The force requirements India needs in order to credibly threaten assured retaliation against China may allow it to pursue more aggressive strategies - such as escalation dominance or a 'splendid first strike' - against Pakistan," the researchers concluded.

Tellingly, Indian Defense Minister Rajnath Singh tweeted on August 16, 2019 during his visit to Pokhran, the site of India's nuclear tests in 1998, India may be considering repudiating its long-standing no-first-use nuclear doctrine. "India has strictly adhered to this doctrine," Singh wrote, but "what happens in the future depends on the circumstances."

Author and journalist. Author of Islamic Pakistan: Illusions & Reality; Islam in the Post-Cold War Era; Islam & Modernism; Islam & Muslims in the Post-9/11 America. Currently working as free lance journalist. Executive Editor of American (more...)
Related Topic(s): India Pakistan Conflict; India-china Standoff; Nuclear Attack; Nuclear War; Plutonium; Pokhran; Rajnath, Add Tags
Add to My Group(s)
Go To Commenting
The views expressed herein are the sole responsibility of the author and do not necessarily reflect those of this website or its editors.