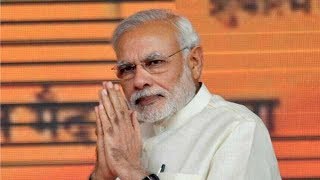 How fleeting is glory! Back in 1998, the South Asian Journalists Association proclaimed me "Journalist of the Year" for a newspaper article I had written about India.

But the next year the award was angrily rescinded after I wrote that India should compromise with Pakistan over the festering Kashmir conflict. Prickly Indians didn't like being criticized, even by an old friend like myself.

We should pay attention. India is more or less the world's largest democracy and is expected to be the third largest economic power by 2020. It's also an important nuclear state with land and sea-launched ICBM's that can strike the United States and Canada, Europe, and its rival, China.

India, energized by growing economic power and nuclear Viagra is feeling its national oats. Prime Minister Modi is a hard-line religious nationalist determined to press his concept of "Hindutva," or religious power. He has vowed to confront India's largest minority, some 200 million Muslims, 15% of its estimated 1.3 billion people, and make India a great Hindu power again.

Modi has sometimes been called 'India's Trump.' He was governor of India's most business-oriented state, Gujarat. Modi is openly antagonistic to Muslims and Sikhs, and failed to halt the massacre of thousands of Muslims during his tenure. He commands wide public support for his Muslim-bashing and anti-Pakistan invective. Modi likes to wave the scimitar and vaunt his military muscle.

By contrast, the Congress Party that brought India to independence from British colonial rule in 1947 and gave it the elite Gandhi ruling dynasty, was crushed in the vote. Dynastic politics is always bad medicine, be it Gandhis, Kennedys, Bhuttos or Romanovs. The youthful but disappointing heir to the Gandhi's Congress political machine, Rahul Gandhi, had no heart in the fight and even lost one of his two "safe" seats.

That's too bad. Congress has a fairly moderate policy towards Muslims and Pakistan. Not so the BJP, which remains based on an extreme Hindu movement founded in 1925 that promotes grassroots Hinduisation of the nation, or even expulsion of Muslims, as just occurred in Buddhist Burma (Myanmar). Many on the Hindu hard right also call for the "reabsorption" of Pakistan into Mother India, though, confusingly, that would add 213 million angry Muslims.

Meanwhile, India's formerly stagnant economy is bustling, thanks in good part to lifting of punitive tax and absurd government restrictions known as the "license Raj." Foreign investment is pouring into India, and highly educated Indian immigrants into the United States. Back in the early 1990's, I was given an early look at India's just formed version of Silicon Valley, the city of Bangalore, (home of the "bangalore torpedo" for breaching barbed wire.) This complex grew into today's IT powerhouse, the pride of India.

India is on a roll. Now, even more so thanks to a strong central government that favors commerce and big business. But it's not all sitar music and incense. India is a modern nation of 600 million atop an ancient rural nation of 700 million. Modern India will struggle to escape ancient Mother India. The Indian colossus still has political and financial feet of clay.

Related Topic(s): Gandhi; India Elections; Indian Prime Minister Modi; Trump Mental State, Add Tags
Add to My Group(s)
Go To Commenting
The views expressed herein are the sole responsibility of the author and do not necessarily reflect those of this website or its editors.