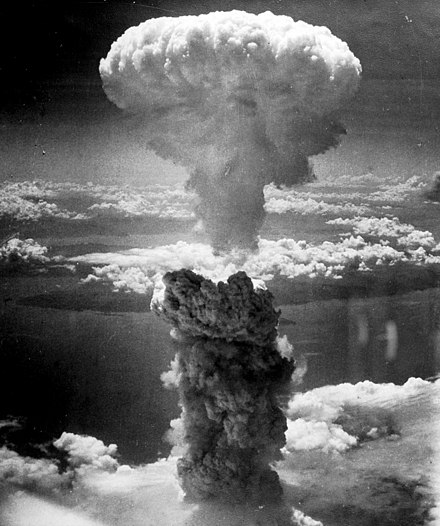 Amid mounting tension between India and Pakistan after India's annexation of Kashmir New Delhi may reconsider its 'no first use of nuclear option' doctrine. Indian Defense Minister Rajnath Singh said on Friday (August 16) that while India has strictly adhered to Atal Bihari Vajpayee's doctrine of 'No First Use' (NFU) of nuclear weapons, "what happens in future depends on the circumstances".

In a visit to Pokhran in western India, the site of the 1998 nuclear tests, Rajnath Singh paid tribute to late former minister and revered leader of the ruling Hindu nationalists, Atal Behari Vajpayee, for making India into a nuclear power. "Pokhran is the area which witnessed Atal Ji's firm resolve to make India a nuclear power and yet remain firmly committed to the doctrine of No First Use. India has strictly adhered to this doctrine. What happens in future depends on the circumstances.", Rajnath Singh tweeted.

India declared itself a nuclear power after conducting underground tests in 1998. Pakistan responded with its own tests shortly afterwards. Since then, nuclear experts say the rivals have been developing nuclear weapons and the missiles to deliver them.

Tensions between the two countries have increased following India's move to revoke autonomy in the disputed region of Kashmir, the cause of two of their three wars. In February, Indian and Pakistani fighter jets clashed over the territory.

Pakistan's Foreign Minister Shah Mahmood Qureshi on Friday termed the Indian defense minister's statement on a possible change in its 'no first use' policy of nuclear weapons as "shocking and irresponsible." He also read out a response by the Foreign Office, which he said he was doing so that "no verbal statement of his own can be misconstrued".

"The substance and timing of the Indian defence minister's statement is highly unfortunate and reflective of India's irresponsible and belligerent behaviour. It further exposes the pretense of their no first use policy to which we have never accorded any credence.", he said. "'No first use' pledge is non-verifiable and cannot be taken at first value. Especially when development of offensive capabilities and force postures belie such claims. "Pakistan has always proposed measures relating to nuclear restraint in South Asia and has eschewed measures that are offensive in nature. Pakistan will continue to maintain a credible minimum deterrence posture," he said in conclusion.

While successive governments that followed Vajpayee's have directly or indirectly reaffirmed their commitment to NFU, the doctrine has been questioned at various times by strategic experts in domestic policy debates. The idea that India should revisit this position has been put forward at various high level fora.

In April 2014, the Bharatiya Janata Party (BJP)'s election manifesto promised to "study in detail India's nuclear doctrine, and revise and update it, to make it relevant to challenges of current times". However, soon afterward, Narendra Modi, then the NDA's Prime Ministerial candidate, was reported as having told ANI that "no first use is a reflection of our cultural inheritance."

Earlier in 2016, just two years after PM Modi came into power, then Defense Minister Manohar Parrikar a similar statement and asked why does India need a "no first use policy" at all. Parrikar had courted controversy with his statement: "Why should I bind myself? I should say I am a responsible nuclear power and I will not use it irresponsibly. This is my (personal) thinking."

"Some of them may immediately tomorrow flash that Parrikar says that nuclear doctrine has changed. It has not changed in any government policy but my concept, I am also an individual. And as an individual, I get a feeling sometime why do I say that I am not going to use it first. I am not saying that you have to use it first just because you don't decide that you don't use it first. The hoax can be called off."

Reuters quoted Shekhar Gupta, a political commentator and defense expert, as saying the government appeared to have an open mind on the issue of 'no first use' of nuclear arms and the comments could be aimed at Pakistan, which has said previously it needed to develop small nuclear weapons to deter a sudden attack by India. "Rajnath Singh is measured and not given to loose talk or bluster. He isn't signaling a shift, but an open mind on the NFU (No First Use) inherited from Vajpayee's Nuclear Doctrine.", he said on Twitter.

Reuters also quoted Vipin Narang, a nuclear affairs expert at MIT in the United States, as saying that Singh's comments were a sign the policy on 'no first use' could change in the future. "Make no mistake: this is by far the highest official statement from the Raksha Mantri's (Defense Minister's) mouth directly that India may not be forever bound by No First Use.", Narang said on Twitter.