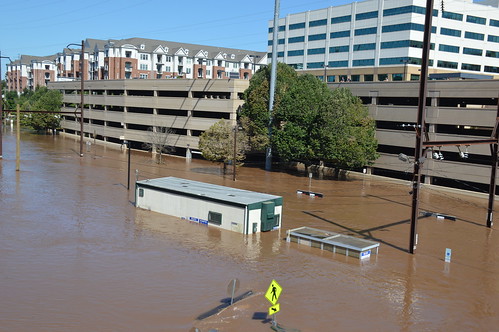 Sixteen years ago on August 29th, hurricane Katrina struck the Louisiana coast causing widespread damage that was estimated at $125 billion. This year, by a remarkable coincidence, hurricane Ida hit on the same date, again August 29th. The weather service holds the end of August though the beginning of September as the period with the highest likelihood of tropical cyclones hitting the Louisiana coast. In light of this, perhaps the coincidence is not quite as uncanny.

While not as large as Katrina, hurricane Ida was more powerful with winds in excess of 150 miles per hour. That is in line with climate scientists who now believe extreme weather events will tend to increase in both severity and frequency unless something is done about global warming.

Another example has been the heat wave last June in the Pacific Northwest in which hundreds of people died. Canada set an all-time-high temperature record of 49.6 degrees Celsius in the village of Lytton. The chance of all this happening without human-induced global warming is about 1 in a 1000. However, the warming makes the event 150 times more likely.

Following Ida was hurricane Larry. Also powerful, it formed in the Atlantic but luckily for the Atlantic coast chose a path straight north. These recurring extreme weather events have caught the attention of scientists. Thus Myhre from the Center for Climate Research in Norway and his coauthors find a strong increase in frequency and confirm previously established intensity. They collected data for Europe over a three-decade period (1951-1980) and repeated the process for 1984-2013. This historical data also allowed them to develop climate models for the future, and, as one might imagine, the future is not rosy.

Expanding their horizon, the authors note that historical and future changes in Europe follow a similar pattern. This does not hold when including the US, Japan and Australia which are likely to experience bigger changes. Given intensity and frequency going hand in hand and also that the study considered natural variability alone, we can only dread the inclusion of human forcing through climate drivers like greenhouse gases.

For coastal residents, sea level rise adds to the hazard. Worse, it is now a problem for people several miles inland. In South Florida, drainage canals are used to return water to the ocean after storm and flooding events; the difficulty now lies in rising sea levels that hinder the efficiency of the drainage canals.

Residents as far away as 20 miles inland have noticed water coming up their driveway, a new and frightening portend of the future. The South Florida Water Management District oversees the canals. It raises and lowers the gates controlling flow to the ocean or vice versa. Thus they can open the gates to release flood water from storms to the ocean.

The problem now is that the ocean level in the Atlantic during some storms is higher than the water level inland so they cannot open the gates -- that would simply bring in more water.

Arshad M Khan is a former Professor. Educated at King's College London, Oklahoma State University and the University of Chicago, he has a multidisciplinary background that has frequently informed his research. He was elected a Fellow of the (more...)
Related Topic(s): Flooding; Weather, Add Tags
Add to My Group(s)
Go To Commenting
The views expressed herein are the sole responsibility of the author and do not necessarily reflect those of this website or its editors.