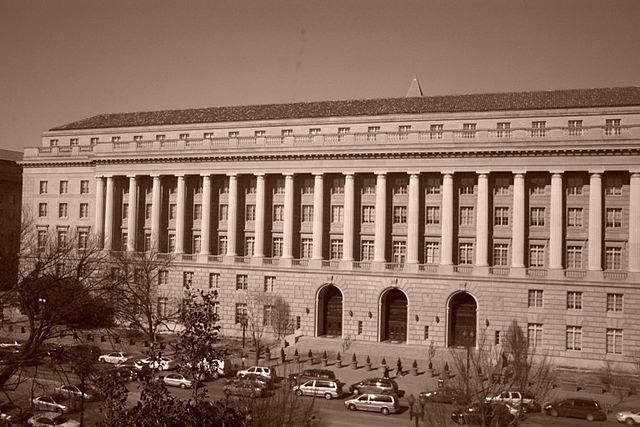 Former US congressman (and presidential candidate) Ron Paul kept a placard on his desk reading "don't steal -- the government hates competition." Unfortunately for taxpayers, that competition is getting more frequent and more bold. According to US News and World Report, nearly a quarter of a million taxpayers filed affidavits claiming identity theft in 2016, while the IRS stopped nearly 800,000 more fraudulent tax returns.

On April 6, Internal Revenue Service commissioner Josh Koskinen informed the US Senate that fraud-enabling information on as many as 100,000 taxpayers may have been compromised via an application allowing students applying for financial aid to import their tax data. This single breach seems to have produced more than 20,000 fraudulent tax returns, only 2/3 of which were caught ($30 million in "refunds" were sent out).

How did we get here? It's a long story, starting in 1913 (with the 16th Amendment and the creation of a federal income tax, which initially applied to only a few of the richest Americans) and passing through World War Two when more and more people got hit up and government economists (including a young Milton Friedman, later an icon of the libertarian movement) came up with the idea of "withholding" tax revenues from paychecks instead of just collecting once a year.

The average American worker gets robbed on a weekly basis. His or her employer, acting on behalf of the IRS, skims a portion off the top of each paycheck. In a gesture of seeming magnanimity, the gang hands some of the loot back over each year to nearly eight out of ten victims -- but only after the victims spend considerable time and/or money filling out paperwork, due by mid-April (this year, on the 18th).

Is it any surprise that competing thieves would look for ways to game a trillion-dollar-plus scheme that pays out (as of 2015) $278 billion in refunds? According to the Department of the Treasury, "[a]s of May 2, 2015, the IRS reported that it identified 163,087 tax returns with more than $908.3 million claimed in fraudulent refunds and prevented the issuance of approximately $787 million (86.6 percent) in fraudulent refunds."

Even if the IRS is completely correct about how many fraudulent returns were filed and how many were caught, that's a $121 million payday for the IRS's freelance counterparts. That's a drop in the bucket compared to what the IRS itself steals, but it ain't chump change.

Fortunately, income tax refund fraud is an easy problem to fix. The smaller scheme depends on the bigger one. Repeal the income tax and the problem solves itself!

Minus the income tax, other existing federal income taxes would fund Washington at spending levels typical of the late 1990s. I don't remember running into anyone back then who claimed that government was too small. Do you?

Related Topic(s): IRS; Identity Theft; Income Tax Returns; Income Taxes, Add Tags
Add to My Group(s)
Go To Commenting
The views expressed herein are the sole responsibility of the author and do not necessarily reflect those of this website or its editors.