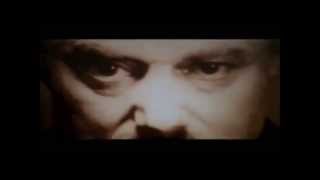 Orwell may not have had the date correct, but much of what he wrote about in his book, 1984, can be seen today.
(Image by YouTube, Channel: Peace Museum)   Details   DMCA

In the year 2052, no one can read. Well, those who can, can't handle more than 50 or 60 words at a time. And they certainly don't know what fiction is. Or if they do, they don't like it. It bothers them. WHAT ALREADY EXISTS is so much more compelling. Fiction seems ridiculous. Who cares what might be? Who cares about something someone made up?

Courtroom; the year 2052; the defendant was locked up hundreds of miles away; he did not appear at his trial.

JUDGE: What is the charge against John Doe?

PROSECUTOR: Espousing freedom. Claiming he is a free man.

JUDGE: He knows freedom is an illusion. Our schools teach that above all else.

PROSECUTOR: We have no record of him attending schools.

JUDGE: How is that possible?

PROSECUTOR: Unknown at this time. John Doe is a builder.

JUDGE: What does he build?

JUDGE: Hmm. Sounds to me like a verdict of life without parole or death is in order.

PROSECUTOR: The psychiatrists want to go to work on him. They say he'd make a fine test subject. Because of his extreme views and actions. If they can turn him into a model citizen, they'd advance the research significantly.

JUDGE: However, there is the contagion factor. John Doe is infected with a freedom plague. No telling what he might transmit.

Related Topic(s): Brain; Dangerous; Freedom; Ideas, Add Tags
Add to My Group(s)
Go To Commenting
The views expressed herein are the sole responsibility of the author and do not necessarily reflect those of this website or its editors.