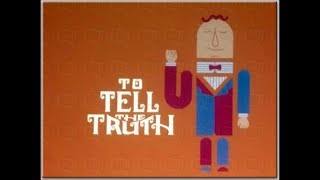 Please keep in mind that nowhere in the Western world does it pay to tell the truth. Whistleblowers, who are protected by federal law, are nevertheless framed and imprisoned for telling the truth while nothing is done about the government officials who commit the revealed crimes.

With few exceptions such as Tucker Carlson, no journalist in the print and TV media dares step outside the bounds of the official explanations.

Even scientists and scholars are finding it costly to tell the truth, especially about Israel. It is not possible for historians to investigate the holocaust, and laws are being passed that prohibit boycotts and disinvestments from Israel as protests against Israel's brutal and inhumane treatment of Palestinians. It is career threatening for scientists to investigate whether intelligence, race, and gender have a genetic basis.

The new and corrupt president of Ecuador has sold Julian Assange to Washington and will evict him from the embassy as soon as he thinks he can get away with his betrayal of political asylum. Assange's prosecution will be a show trial. It will deliver two death blows to truth. One by establishing that it is a crime to publish leaked information that the government does not want known. The other is that it will create a precedent that will be expanded to cover the publication of any fact or opinion that the government considers harmful. To watch the entirety of the Western world stand largely silent and uninvolved while Truth is publicly executed is very discouraging.

Those few of us who are are willing to bear the slander and libel heaped upon us for telling the truth need the support of readers. If readers do not value the truth, there is no point in us paying the high price of telling the truth.

Related Topic(s): Assange; Crime; Israel; Truth; Truth To Power, Add Tags
Add to My Group(s)
Go To Commenting
The views expressed herein are the sole responsibility of the author and do not necessarily reflect those of this website or its editors.