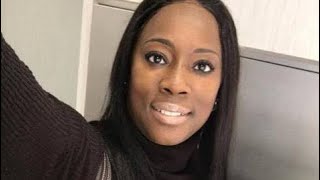 Crystal Mason was sentenced to five years by a judge for illegally voting in 2016. Mason is a convicted felon who told the court that she did not know the law prohibited her from voting until she served all of her sentence, including federal supervised re
(Image by YouTube, Channel: Zennie62 Daily Vlog)   Details   DMCA

I was sickened last week to read about the case of Crystal Mason of Tarrant County, Texas. She's a 43-year-old tax preparer who, in 2011, was arrested and eventually pleaded guilty to tax fraud for inflating income tax deductions for her clients. She was sentenced to five years in prison and released in 2016. While still on federal probation, she registered to vote in Texas. Nobody -- not the Bureau of Prisons, not her probation officer, not the court, nobody -- told her that felons may not vote in Texas.

Crystal Mason voted in the 2016 election. She made no secret of it. She went to the polling station, showed her driver's license, and cast a provisional ballot. Imagine her shock when she was then arrested and charged with felony voter fraud. Last week, she was sentenced to five years in a state prison. For voting.

Mason went to trial and believed that her defense was a sound one. She had no idea that she wasn't allowed to vote in Texas. She thought she had paid her debt to society and she was ready to re-enter it. She told the Fort Worth Star-Telegram, "Do you think I would jeopardize my freedom? Do you honestly think I would ever want to leave my babies again? That was the hardest thing in my life to deal with. Who would -- as a mother, as a provider -- leave their kids over voting?"

Mason believes that she is being singled out because she voted for Hillary Clinton. There's no way to know if that's true, but Tarrant County authorities recently convicted a second woman of illegal voting, and she was given eight years in prison. The sentences are draconian. This probably isn't about Hillary Clinton as much as it's about implementing a far-right law-and-order ideology that targets people of color and suppresses voter turnout in those communities.

But while the press is focused on the harshness of the sentences and the fact that many states don't allow former felons to vote even after they've completed their sentences and probation, I think there's a more important thing that's being overlooked. That's the issue of mens rea, or criminal intent, and that fact that a lack of criminal intent is no longer considered a defense.

The concept of mens rea was borrowed from English common law. But by the 1950s, the U.S. interpretation had become so wildly different from the English interpretation, that the federal government set out to formulate a definitive formulation of mens rea for the U.S. courts. It was set out in the Model Penal Code of 1957. It establishes five levels of mens rea.

Strict liability mens rea is when the person engages in prohibited conduct, where the conduct is a civil infraction. Think jaywalking. Negligent mens rea is when a "reasonable person" would be aware of a substantial and unjustifiable risk that his conduct is of a prohibited nature, and where the actor was not aware, but should have been. This was the argument used in court against Crystal Mason. Prosecutors said that, even if she didn't know that voting was illegal, she should have because everybody knows felons can't vote. Right?

Reckless mens rea is when the actor consciously disregards a substantial and unjustifiable risk that his conduct is of a prohibited nature. (You know check kiting is probably wrong, but you do it anyway.) Knowing mens rea is when the actor is "practically certain" that his conduct will lead to a result that is of a prohibited nature. (A friend asks you to help him buy a whole bunch of allergy pills. You know he's probably going to make meth, but you do it anyway.) Purposeful mens rea is when the actor has the "conscious object" of engaging in conduct knowing fully that such conduct is illegal. (You just got out of prison, you plan to rob a bank, you buy a mask, and then you rob said bank.)

In my own case, as I was preparing for trial, prosecutors admitted that I did not have criminal intent when I spoke to two reporters about the CIA's torture program. That didn't matter, they argued. A crime is a crime is a crime. And in a precedent-setting decision for a national security case, my judge agreed. "Your honor," one of my attorneys protested. "Are you saying that a person can accidentally commit espionage and still be punished for it?" "That's exactly what I'm saying," was the response. Criminal intent was thrown out the window.

But Texas stands alone in its single-minded pursuit of anybody who may have voted illegally. Most telling is a recent statement by Texas's Republican governor, Greg Abbott, that voter fraud was "rampant" in the state. How many cases of voter fraud has Texas seen? There were three in the last election. Three. The governor was nonplussed. "We will continue our effort to crack down and make sure there is no illegal voting in Texas," Abbott said.

Crystal Mason is his latest victim. And her only hope is a pardon -- from Greg Abbott.

Related Topic(s): Election; Felons; State Corruption; Texas Gov Greg Abbott; Texas Politics; Voting, Add Tags
Add to My Group(s)
Go To Commenting
The views expressed herein are the sole responsibility of the author and do not necessarily reflect those of this website or its editors.