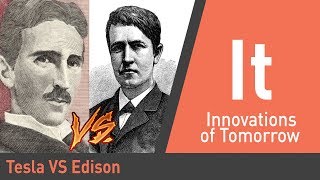 A few weeks ago, in a burst of subtle synchronicity, Elon Musk was removed as board chairman of Tesla at the same time John Flannery was removed as chairman and CEO of General Electric. Since both companies were struggling in different ways, the firings, while surprising, were not shocking.

The surprise in Musk's case was that he was forced out by actions taken by the Securities and Exchange Commission, which actually fined him and the company $20 million apiece for false statements Musk tweeted about financing to take the 21st-century startup company private. Musk stayed on as CEO, but it's nice to see the SEC is paying attention.

In Flannery's case, he had only been on the job for a year, which seemed to many Wall Street analysts not nearly enough time to breathe life into the moribund, more-than-century-old company.

So, a reliable old company, with a household name, a one-time giant of household appliances and energy, but which has seen better days, and a new, hotshot company, with a sexy name, electric cars, solar panels, a colorful leader with an eye on dominating the next century of energy production, were both having trouble making their stockholders happy. That's Wall Street, you say. How are the simultaneous take-downs of their bosses anything more than coincidence?

To many observers it won't be. But to those who recall that Thomas Edison was one of the founders of General Electric and that Tesla Inc. is named after Nikola Tesla, Edison's arch-rival for credit in discovering electricity as well as profiting from the discovery, well, perhaps it's just another example of their names and future being linked by some invisible yet undeniable force. Like electricity.

Were he still with us in more than name and spirit, I think Tesla would agree. Consider this statement from the visionary inventor: "The day science begins to study non-physical phenomena, it will make more progress in one decade than in all the previous centuries of its existence."

Of all the non-physical phenomena, perhaps the most common and least explored is "coincidence." Carl Jung made some significant efforts, but more "traditional" science has for the most part ignored what it cannot easily explain.

Don't worry, this is not going to be an effort to do so.

Tesla first entered my consciousness in more than a vague, yeah-I've-heard-of-him kind of way, eight years ago. I had recently retired and begun wading into the world of blogging. When you write daily editorials for 23 years, it's difficult to go cold turkey. One day, a couple of friends who actually read my blog gave me a challenge: Come up with a list of the 20 most influential thinkers of the 20th century.

Not a bad idea. Challenging and a good way to engage readers by asking for suggestions.

"Nikola Tesla," my friend Ernie suggested when I put out the call for nominations. "He should be on the list. He invented electricity and radio; he just didn't get credit because he was a terrible businessman and didn't know how to promote himself."

As it turned out, the one who "got credit" and a good deal more, was Thomas Edison, whom I had wisely put on my first, tentative list. Connection made. Eventually, Edison, who gave us the incandescent light bulb, and Tesla, who contributed alternating current, both made the list. Yes, Edison was the better businessman and Tesla the more visionary thinker.

But Edison's heirs, if you will, eventually lost their way, venturing into health insurance and buying NBC-TV, among other non-power-related ventures. Meanwhile, the company that took Tesla's name for inspiration has been true to his visionary approach and, in hiring Musk, apparently, also true to the Tesla disregard for conventional wisdom and clumsiness with business affairs. Must be a coincidence.