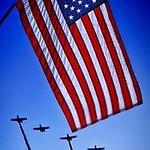 I often find myself compelled to write about propaganda, subtle messaging and other less direct methods employed by the powerful to manipulate us without our realizing it is happening. This week however I am taking a break to write about in your face lies that appeared in, of all places, the Washington Post.

The Washington Post, normally thought of as being on the liberal side of the powerhouses of print media, ran an article this week by James Kirchick which shocks the conscious with its outright punch you in the face lies in a way that makes its printing by any respectable media outlet incredulous.

Let me start by saying I don't have any pre existing biases when it comes to most individual reporters or papers. Most of the time it is not even possible because I try to keep myself disconnected from the establishment media to avoid absorbing the bias of others, and these days it seems all corporate media is pushing an agenda which is increasingly far left or far right. I've never found much truth in extremes, but usually somewhere buried amid the pile of raw data which is being misrepresented by both sides. I just want facts about a situation so that I can form my own opinion.

In fact, when I do see a piece written by someone who has an established reputation as a conservative or liberal, I just look at their facts (if they bother to support their argument with facts) and then find out if those facts can be verified. I have found that when checking facts, neither side holds the market on spin and that I am sometimes surprised to find out someone labeled as a "totally biased" source, like it or not, has their facts right.

I had never heard of James Kirchick until today and therefore had absolutely no preconceived ideas when I started to read the article, titled, "Why are George Soros and Charles Koch collaborating on a U.S. -bashing think thank?" My curiosity was peaked of course by this title, so I will give him credit for that, and not much else.

In his opening paragraph Kirchick gives Soros his due, giving some highlights of his efforts at democratizing eastern Europe but merely mentions Koch as a "fellow billionaire". Kirchick then reveals the collaborative effort between the two ideologues to be a new foreign policy think tank called the Quincy Institute for Responsible Statecraft.

Kirchick describes the Institute as "Disparaging 'the foreign policy community in Washington' for having 'succumbed to the intellectual lethargy and dysfunction' the institute will advocate 'a new foreign policy centered on diplomatic engagement and military restraint.' " I checked, and the quoted segments are accurate quotes from the web page for the think tank, but....

The entire mission statement is three paragraphs long and I found everything in it to be a critical but accurate description of U.S. foreign policy. These critiques are well established and come from multiple sources. Opposition to these policies finds support among left leaning groups as well as on the non interventionist right, like Koch.

But it is clear from Kirchick's use of the word "disparaging" that he does not agree. In short, this opening lays the groundwork for Kirchick's position. His opposition to this organization is not based on left or right, but is based on one thing, Kirchick's belief in the committment to the current and decades long policy of U.S. interventionism and expansionism. The fact that the Quincy Institute would advocate for dialogue over military adventurism is the cause for Kirchick's disdain.

How completely awful! The idea that the U.S. would actually try to form mutually beneficial relationships with other nations through dialogue rather than conducting CIA overthrows or bombing the sh*t of them.

It may shock Kirchick to know that most Americans, and most human beings, do not support or advocate the U.S. government's "all war all the time", imperialist policies. And why should they? History shows that those at the bottom of the economic strata, the common citizen, is the one who ends up paying for wars in blood while those at the top usually profit from war. Those entities whose goals are "U.S. interests abroad", not defending the country's freedom or sovereignty. "U.S. interests" actually being those of large, often multinational corporations. But I digress.

Kirchick then mentions the reporter who first broke the story about the Soros/Koch collaboration in the Boston Globe, Stephen Kinzer. The next paragraph is devoted entirely to attacks against Kinzer and those he interviewed for his article. Kirchick calls Kinzer a "radical left wing critic of U.S. foreign policy" and mentions as proof Kinzer's books on the 1953 coup in Iran, which Kichick describes as "highly tendentious".

Now, just like Kirchick, I have no knowledge of Kinzer so I am not biased in his favor, but Kirchick provides a link as substantiation for this description of Kinzer. Please by all means click on it. It will take you to an article in Commentary Magazine. The article, written by Sohrab Ahmari an Iranian born journalist opens with a link to a video clip from the 1988 comedy Naked Gun. The movie's parody of the world's leaders (Ahmari prefers the term "thugs") including Ayatollah Khomeini, Yasir Arafat, Muammar Gaddafi, and Mikhail Gorbachev as nothing more than insane, American hating tyrants whose only goal is destruction of the "Great Satan" is true.