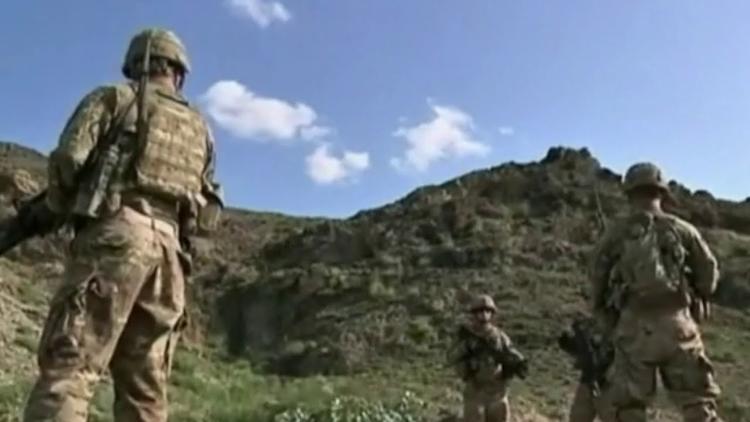 VOA reports that Trump will pull 4,000 US troops from Afghanistan, leaving less than 9,000 in country.

Of the 13,000 US troops now in Afghanistan, 8,000 are training the Afghanistan National Army, while 5,000 are actively engaged in counter-terrorism operations.

Last week Secretary of Defense Mark Esper said that any troop withdrawal would not be tied to progress in peace talks with the Taliban.

Also last week, the Washington Post released hundreds of US government documents gathered by a Congressional watchdog agency demonstrating that US officials have deliberately and assiduously lied to the American public about alleged "progress" in the trillion-dollar Afghanistan War over the past decade and a half. That is, they knew the war was lost but told us the opposite.

The US appears to have no plans to cut back on its massive aerial bombardment of Taliban-held areas. During the first three quarters of 2019, the US dropped 6,208 bombs and missiles on Afghanistan, up nearly 5 percent over the same period in 2018, which had itself seen the heaviest bombardment of the country since the US invasion in 2001.

US negotiations with the Taliban, after a hiatus, resumed in Qatar on 7 December, only to be put on a brief hold by US negotiator Zalmay Khalilzad after a Taliban attack on the Bagram base used by the US (only Afghans were harmed).

The Afghanistan senate, however, has warned that no US-Taliban peace agreement would be acceptable that did not involve the Afghanistan government itself. For their part, the Taliban pledged that if a peace deal is reached with Washington, they would not attack US service personnel as they withdrew from the country. The negotiations with the US have never been accompanied by any decrease in Taliban violence.

The Taliban control four of Afghanistan's 34 provinces, but have significant influence in and can easily conduct military attacks in 17 of the provinces. The Kabul government of Ashraf Ghani securely controls only the other 17.

The Afghanistan army and gendarmes are particularly weak in the Pushtun areas of the east and south. Pushtuns make up roughly 44% of Afghanistan, and are the ethnic group from which the Taliban sprang. There is a high desertion rate from the Afghanistan National Army. In the eastern Ghazni province on Saturday, several troops attacked their colleagues, killing 34, before fleeing to join the Taliban.

Related Topic(s): Afghanistan War; Military; Taliban; Withdrawal, Add Tags
Add to My Group(s)
Go To Commenting
The views expressed herein are the sole responsibility of the author and do not necessarily reflect those of this website or its editors.