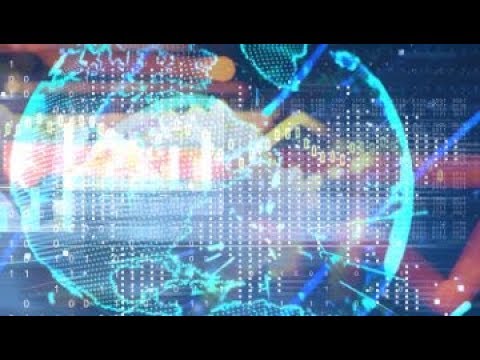 Can the Riksbank Save the Krona Amid Political Turmoil?
(Image by YouTube, Channel: DailyFX)   Details   DMCA

Readers who cannot read are tiresome. The facts in today's column about the closed Swedish economy are not my facts. They are Swedish facts reported by Bank of America Global Research. The economic facts come from the Swedish Riksbank. The infection rates for Sweden and Norway are the officially reported rates in the form of a graph.

It is delusions such as the incorrect belief that Sweden is open and has suffered no consequence that threaten us with consequences of an unprepared reopening.

As for "herd immunity," there is scant evidence at this time that exposure results in immunity. There is posted on my site a report by an expert that exposure is not generally resulting in sufficient antibodies for immunity. The large city in northern Japan closed down by high infection rates that was subsequently cleared of the virus, they thought, and reopened had so little herd immunity that the city had to be again closed down. This report can also be found on my site. There are many reported cases of reinfection. So where is the immunity?

We have been subjected to much nonsensical disinformation that Sweden has kept its economy open and is faring no worse in infections than countries with closed economies and without the economic consequences of closed-downed economies. The fact of the matter is that de facto Sweden's economy is closed and is doing no better than anyone's else's, and its infection rate is still rising.

Sweden closed universities and high schools, banned gatherings of large groups, asked people to avoid non-essential travel, and advised those ill and over 70 to stay at home. Sweden did not require restaurants, bars, and gyms to close, but business is down by 70% as people have avoided the risk. That decline could be larger than in the US where restaurants are permitted to provide takeouts. In Sweden the hotel occupancy rate has dropped from 60% to 10%. Sweden's economy is "open" only in words.

Despite the alleged "open economy," economic sentiment indicators fell more in Sweden than in the rest of Europe and the US. The Swedish Riksbank estimates a 11% drop in Swedish GDP from January through April with a number of Swedish economic sectors being "drastically weaker." This is worse than the 9% decline predicted for the US.

Moreover, closed down Norway, with which Sweden is usually compared, has seen its virus infection rate decline while "open" Sweden's continues to rise.

This information comes from Bank of America's Global Research, but I am prevented from reproducing the information. If I include the URL for the report, it opens as "bad request." So I will describe a bit more of the information. It is distributed as a Merrill Lynch "morning market tidbits," April 29, 2020.

There is a graph comparing Norwegian and Swedish infection rates. The rates begin together and rise together until the end of the first week in April when the Norwegian rate turns down and the Swedish rate continues to rise. If a line is fitted to the Norwegian data it is an upside down U shape. The line fitted to the Swedish data is a straight line that rises to the right. As of yesterday Sweden's new cases per million people is a multiple of Norway's.

In view of these facts, go now and review all of the false claims that Sweden proves the close downs were pointless.

Related Topic(s): Economy; Economy Built On Debt; Sweden, Add Tags
Add to My Group(s)
Go To Commenting
The views expressed herein are the sole responsibility of the author and do not necessarily reflect those of this website or its editors.