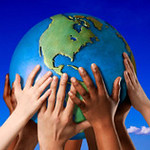 In the age of right-wing populism we currently find ourselves in, multiculturalism has come to be identified with the liberal elite, with liberalism, and identity politics, identified with "swarms" of poor, unwashed refugees and migrants from the Third World invading the West to deracinate and desecrate everything sacred about Western civilization. Multiculturalism is, the right argues, synonymous with globalization, globalism and a global elite that is intent on destroying something they refer to as "Judeo-Christian civilization."

It's the sort of end of days verbiage you may, until recently, have associated with far right websites, blogs and magazines, produced by Hitler freaks and tobacco-chewing gun nuts and militia types. But now, today, it's in the mainstream, spouted by none other than Trump's chief political adviser, his brain, Steve Bannon.

In 2016 Bannon delivered a speech to a gathering of US conservatives, during which he excoriated the EU for allowing "the complete collapse of the Judeo-Christian West in Europe."

It also happens to be the sort of rhetoric embraced by Norewegian neo-Nazi mass murderer, Anders Brevik, who in 2011 went on a killing spree. Setting out his warped ideology in a comprehensive manifesto titled "2083," Brevik justified the slaughter of over 70 people in Norway on the basis of the threat posed by "the rise of cultural Marxism/multiculturalism in Western Europe," along with "the Islamic colonization and Islamization of Western Europe."

Trump's "Muslim travel ban," his attacks on migrants and minorities, is no accident. It is driven by the ideology of the far right, which, as with the newly installed President's inauguration speech, paints a doomsday scenario in which the Judeo-Christian West is being swamped by "the other" -- by swarms of people carrying with them the bacteria of alien cultures, religious beliefs, and races. It is precisely why progressive forces in the US and throughout the West need to make a stand in defense of multiculturalism.

Specifically, a fresh offensive is required against the rise and spread of Islamophobia, which thanks to the policies of Western governments and the poison spouted daily by right wing commentators over many years, has become the accepted form of racism among polite society.

The inference they have successfully drawn among large swathes of people is that Islam is a regressive religion, practiced by people of an alien culture, wherein fundamentalist ideas are the norm and where terrorist acts carried out against the West are not only accepted but supported by Muslims at home, the enemy within.

9/11 came as a shot across the bows of the received truths that had prevailed in the West for so long. The North-South hemispheric divide had seen the consumer boom enjoyed in the West paid for in the despair and unremitting poverty suffered throughout the developing world. The West's role in supporting and subsidizing corrupt regimes throughout the Arab world, the continuing injustice and humiliation suffered by the Palestinians, the years of suffering of the Iraqi people as a result of the sanctions, had resulted in the growth of fundamentalist ideas motivated by a growing sense of grievance throughout the region.

The wars in Afghanistan and Iraq that followed 9/11 resulted in a further increase in radicalization throughout the Muslim and Arab world, and the concomitant emergence of Islamophobia at home, with terrorist attacks such as 7/7 2005 attack in London and the attack in Madrid one year later producing a wave of revulsion by many non-Muslims towards Islam and its adherents.

In recent times, what with the rise of Daesh, Nusra, and Salafi-jihadism in the Middle East, leading to a spate of terrorist attacks in Europe and the US, those voices on the right, and even some on the left, which have asserted that there is a tendency towards radicalism within Islam, drawing the conclusion that the regressive impulses within the religion and its culture are incompatible with Western society, have succeeded in painting multiculturalism as a failed and indeed dangerous concept.

It is not. Instead multiculturalism embraces the working class of our time, and as such it provides the locus of the only potential resistance that offers hope of a desperately needed alternative to either the nativist bigotry of Trump or the Clintonian liberalism that paved the way for Trump.

The working class is not a product of race, religion, culture or creed. There is no white working class. In fact the very words are an insult to those who understand only two possible options when it comes to the working class -- i.e., as either a class in itself or a class for itself.

As Marx reminds us, what is required is "not political change, but a human transformation carried through by a class outside and beneath existing society, a class with only a human title."

"Human title," the man said -- not racial, ethnic, religious, or cultural but human.

John Wight is the author of a politically incorrect and irreverent Hollywood memoir -- Dreams That Die -- published by Zero Books. He's also written five novels, which are (more...)
Related Topic(s): Bigotry; Islamophobia; Multiculturalism, Add Tags
Add to My Group(s)
Go To Commenting
The views expressed herein are the sole responsibility of the author and do not necessarily reflect those of this website or its editors.