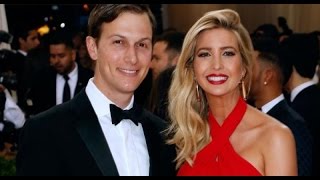 I feel like I've entered Bizarro World. Do you remember Bizarro World from the Superman comics? Everything was opposite. Up was down, night was day, good was bad. The (now former) new presidential press secretary went on the record last week in The New Yorker to describe (now former) presidential chief of staff Reince Priebus as "a f**king paranoid schizophrenic." And he compared himself to presidential adviser Steve Bannon by saying, "I'm not Steve Bannon. I'm not trying to suck my own c*ck."

And so, deeply immersed in Bizarro World, I'm going to come out in support of Jared Kushner. It's not what you think, though. This is about crime and sentencing reform. The Wall Street Journal reported last week that Kushner, who, of course, is President Donald Trump's son-in-law and senior adviser, is working with Congressional Republicans to write a new bill that would promote sentencing reform and would reduce mandatory minimum sentences, particularly in drug cases. This would be in direct conflict with the position of Attorney General Jeff Sessions.

Unlike the embattled Attorney General, who has sequestered himself inside the Justice Department as his career hangs by a thread, Kushner has been on Capitol Hill meeting with every elected official who means anything to the issue of sentencing reform, including House Judiciary Committee chairman Rep. Bob Goodlatte (R-Va.), Senate Judiciary Committee chairman Senator Chuck Grassley (R-Iowa), and Senators Dick Durbin (D-Ill.) and Mike Lee (R-Utah). Kushner has also met quietly with the leaders of a number of organizations involved in criminal justice reform on both the right and the left.

Kushner has a personal reason to focus on sentencing reform. In 2005 his father, Charles Kushner, was sentenced to two years in a federal prison after pleading guilty to tax evasion. The elder Kushner was prosecuted by an ambitious prosecutor trying to make a name for himself -- Chris Christie. It was the younger Kushner who then sought revenge for his father by effectively blocking Christie from having a job in the new administration. Payback is sweet. But what would be sweeter would be to reform the laws that put Kushner's father behind bars in the first place. What would be sweeter yet would be to reform the entire mandatory minimum sentencing schedule which, since the Clinton administration, has been written in stone.

Mandatory minimums are not just a base amount of time that someone convicted of a crime must serve. They're much more cynical than that. Here's how it works. Let's say I get caught manufacturing methamphetamine. I decide to go to trial because I think I've been overcharged -- that is, charged with a multitude of crimes that I didn't commit. I would plead guilty to a lesser charge, but that hasn't been offered to me. So I go to trial and I'm found guilty.

My mandatory minimum is 57 months. But that's not all. The judge then levies something called "enhancements." First I get a "two-point" enhancement for "failure to accept responsibility." After all, I said I was innocent and I went to trial. That raises me from a mandatory minimum sentencing level 25 to a 27. (Please see the chart here.)

Meanwhile, the rats that I used to work with testified in my trial that I was a "leader" in our conspiracy. That raises me another two points to a 29. I cleaned up my lab after a cook, which the feds call "obstruction of justice," and which bumps me up to a level 30. And as it turns out, I had a DUI charge when I was in college. That raises me from a Category 1 to a Category 2 in terms of "criminal history." All of a sudden my mandatory minimum is 108-135 months. And that's against the 42-48 months that the prosecutor probably offered me in the very beginning, before the trial. It's no wonder our prisons are full.

There's only one reason that I'm at all optimistic that there might be any positive movement on this awful problem. It's that, during the Obama administration, Senate Majority Leader Mitch McConnell (R-Ky.) refused to allow a bipartisan sentencing reform bill to come to the floor of the Senate for a vote because he didn't want Obama to have yet another legislative victory. With Trump's legislative agenda in utter disarray, maybe it's time for this low-hanging fruit to be picked.

Related Topic(s): Conspiracy; Crime; Jared Kushner; Reform, Add Tags
Add to My Group(s)
Go To Commenting
The views expressed herein are the sole responsibility of the author and do not necessarily reflect those of this website or its editors.