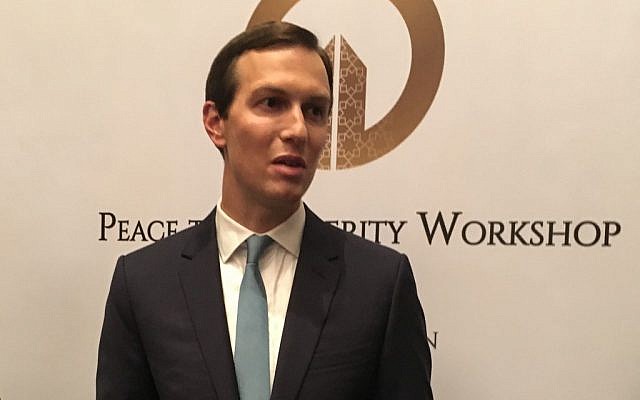 Donald Trump's supposed "deal of the century", offering the Palestinians economic bribes in return for political submission, is the endgame of western peace-making, the real goal of which has been failure, not success.

For decades, peace plans have made impossible demands of the Palestinians, forcing them to reject the terms on offer and thereby create a pretext for Israel to seize more of their homeland.

The more they have compromised, the further the diplomatic horizon has moved away to the point now that the Trump administration expects them to forfeit any hope of statehood or a right to self-determination.

Even Jared Kushner, Trump's son-in-law and architect of the peace plan, cannot really believe the Palestinians will be bought off with their share of the $50 billion inducement he hoped to raise in Bahrain last week.

That was why the Palestinian leadership stayed away.

It is worth examining what those landmark "missed opportunities" consisted of.

The first was the United Nations' Partition Plan of late 1947. In Israel's telling, it was Palestinian intransigence over dividing the land into separate Jewish and Arab states that triggered war, leading to the creation of a Jewish state on the ruins of most of the Palestinians' homeland.

But the real story is rather different.

The recently formed UN was effectively under the thumb of the imperial powers of Britain, the United States, and the Soviet Union. All three wanted a Jewish state as a dependent ally in the Arab-dominated Middle East.

Fuelled by the dying embers of western colonialism, the Partition Plan offered the largest slice of the Palestinian homeland to a minority population of European Jews, whose recent immigration had been effectively sponsored by the British empire.

As native peoples elsewhere were being offered independence, Palestinians were required to hand over 56 per cent of their land to these new arrivals. There was no chance such terms would be accepted.

However, as Israeli scholars have noted, the Zionist leadership had no intention of abiding by the UN plan either. David Ben Gurion, Israel's founding father, called the Jewish state proposed by the UN "tiny". He warned that it could never accommodate the millions of Jewish immigrants he needed to attract if his new state was not rapidly to become a second Arab state because of higher Palestinian birth rates.

Ben Gurion wanted the Palestinians to reject the plan, so that he could use war as a chance to seize 78 per cent of Palestine and drive out most of the native population.

For decades, Israel was happy to entrench and, after 1967, expand its hold on historic Palestine.