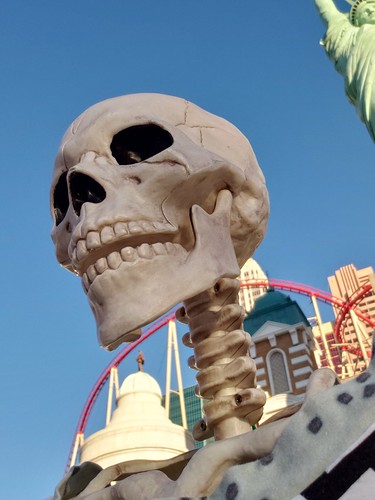 The Black Panther Party, which represented perhaps the single most successful project of building a Marxist-Leninist organization in the history of the United States, sadly wasn't followed by a continued growth for the revolutionary socialist movement in the imperial core. After the party was destroyed by violent state repression, petty-bourgeois reformism continued to dominate the American left, with the Democratic Party co-opting social movements going into the neoliberal era. A clue as to why the party's revolutionary goals didn't gain much broader popularity is in the party's name; it's no coincidence that the organization which came the closest to mounting a proletarian revolution in the imperial core was born out of the struggles of black people, who were still living under apartheid conditions at the time that the party was founded.

While these victims of colonialism were the most willing to try to build a revolutionary vanguard, the white settler masses predictably didn't come to embrace this mindset of wanting to overthrow the U.S. These settlers were overwhelmingly benefiting from the post-New Deal economic expansions, and the majority of them weren't going to gain a proletarian consciousness any time soon.

Part of the socialist reaction to this stubbornly counter-revolutionary attitude among white Americans was J. Sakai's book Settlers: The Mythology of the White Proletariat, published in 1983. One of Sakai's arguments was that due to the material incentives that the white masses have for maintaining the settler-colonial power structure, these whites mostly couldn't be expected to join a future revolution. Sakai didn't even expect them to mostly change their minds when faced with continuing neoliberal economic deterioration. He wrote:

As U.S. imperialism stumbles faster and faster into its permanent decline, once again we hear the theory expressed that some poverty and the resulting mass economic struggles will create revolutionary consciousness in Euro-Amerikan workers. The fact is that such social pressures are not new to White Amerika. For three decades""from 1890 to 1920""the new white industrial proletariat increasingly organized itself into larger and larger struggles with the capitalists. The immigrant European proletarians wanted industrial unionism and the most advanced among them wanted socialism. A mass movement was built for both. These were the most heavily exploited, most proletarian, and most militant European workers Amerika has ever produced. Yet, in the end, they were unable to go beyond desiring the mere reform of imperialism.

Around four decades after he wrote this, now that inequality in the U.S. has reached the highest level ever recorded and around half the population can beconsidered poor, it would be dishonest to say that history has proven Sakai's prediction wrong. While more than 4 in 10 Americans now prefer socialism over capitalism-a vast increase from half a century ago-the majority of these recent skeptics of capitalism are more willing to vote for imperialist social democratic candidates like Bernie Sanders than to join a movement to overthrow the United States. In other words, they've grown antagonistic to the ruling class but they haven't rejected the fundamental structures of empire.

However, here's where the need for a dialectical analysis comes in. What Sakai wrote does not mean that most of the U.S. masses can't ever be won over towards a revolution. And even if Sakai is ultimately proven right that the majority of the white masses will refuse to abandon the concept of Americanism, the fate of the revolutionary socialist and anti-colonial movement is not tied into what white people think. Hope for revolution can be found by looking beyond the frustratingly predictable cycles of American petty-bourgeois reformism, and assessing which hopes for building a revolutionary movement lie within the present conditions.

These conditions have produced what the author Phil A. Neel describes as the "hinterland," the parts of modern capitalist civilization that lie beyond the centers of business, commerce, and metropolitan wealth. Due to the depression that the country has effectively been in since the 2008 crash, these areas are becoming more and more separated from those upper class regions, plagued by growing poverty, disrepair of buildings, and deterioration of the infrastructure which surrounds them. This was why Neel named his 2018 book Hinterland: America's New Landscape of Class and Conflict.

In this new environment where ever more people are being pushed to the margins of society, hints the book's summary, the inhabitants of the hinterland find themselves inhabiting a world which can only get less and less prosperous under capitalism:

Over the last forty years, the landscape of the United States has been fundamentally transformed. It is partially visible in the ascendance of glittering, coastal hubs for finance, infotech and the so-called 'creative class'. But this is only the tip of an economic iceberg, the bulk of which lies in the darkness of the declining heartland or on the dimly lit fringe of sprawling cities. This is America's Hinterland, populated by towering grain-threshing machines and hunched farmworkers, where labourers drawn from every corner of the world crowd into factories and 'fulfilment centres'. Driven by an ever-expanding crisis, America's class structure is recomposing itself in new geographies of race, poverty and production.

In this evolving class structure, the white working class is less of a dominant presence within the country's proletarian population than it used to be, since the share of whites within the U.S. population has been steadily going down in the last half-century. At this rate, by 2032 people of color will make up the majority of the U.S. working class, largely due to the growth in the black and brown populations which is projected for the coming decades. While obviously no ethnic group is a political monolith, and communists should try to radicalize as much of the white working class as we can rather than excluding them, this trend towards a less white proletarian population represents one of the 21st century developments which heightens the potential for spreading revolutionary consciousness.

This is both because the nonwhite population lacks the settler-colonial baggage which has always kept most whites from gaining a revolutionary consciousness, and because the capitalist crises of the coming years will impact people of color the most. The ICE campaign against brown people, the anti-black violence of America's ever deadlier and more militarized police state, the devastation that Native communities have been experiencing from Covid-19, and this year's wave of Sinophobia-fueled anti-Asian hate crimes all portend to the dark realities to come as American collapse continues. The most traditionally marginalized groups will feel the worst impacts from the country's descent into fascism, while even the whites mostly won't be able to escape the ever-falling wages, rising unemployment, soaring prices of consumer goods, and scarcity due to austerity policies.

Will America's white working class one day mostly come to support a revolution? It's doubtful, but this isn't the question that should matter to us. Even if they mostly won't, more and more of them are reaching conditions which can prompt them to become class conscious, and this potential is of course even more present within communities of color. Plus, it's not like whites will have to be the main ones to take up leading a revolution on this continent; this role will go to the colonized peoples, both because they're by and large more likely to join a revolution than whites and because a revolution won't be legitimate if its actions aren't guided by what the colonized want.

To make this revolution happen, the U.S. will have to undergo several more stages of collapse, ones where the population is faced with a succession of additional crises which prompt people to take a strong side politically. As storms, fires, further economic implosions, outbreaks of unrest, and other shocks to the system occur, it will be the job of us revolutionary socialists to spread awareness of the need for proletarian revolution and to build our Marxist-Leninist organizations. We can't wait for the collapse to fulfill our goals on its own; we have to do the work necessary for mounting a movement which can overthrow the capitalist state.

While the revolution won't simply be handed to us, I believe that in this next generation, opportunities for building a revolutionary movement in the U.S. will appear like they've never appeared before. The empire isn't going to implement FDR-style social programs to alleviate its crises this time, because those programs are incompatible with the neoliberal model which the global capitalist ruling class is determined to cling to. This time, the decline of the empire is irreversible. And this gives us the potential to overthrow the state within these next few decades, so long as we commit to a revolutionary rather than reformist line.

Related Topic(s): Crisis; Decline; Empire; Inequality; Poverty; Race; State; Workers, Add Tags
Add to My Group(s)
Go To Commenting
The views expressed herein are the sole responsibility of the author and do not necessarily reflect those of this website or its editors.