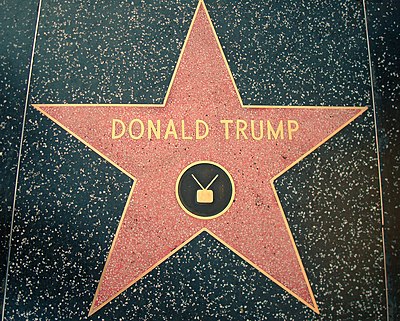 Donald Trump star Hollywood Walk of Fame.JPG
(Image by (From Wikimedia) Neelix: I am the originator of this photo. I hold the copyright. I release it to the public domain. / transferred from the English Wikipedia: , Author: See Source)   Details   Source   DMCA

The US House of Representatives soberly fulfills its constitutional obligation to investigate alleged wrongdoing by a sitting president, steadily building its case for that president's impeachment.

The Deep State schemes to remove a sitting president, trumping up (pun intended) supposed "high crimes and misdemeanors" and gaming a faux-constitutional "impeachment probe" to deny that president due process to which he's entitled.

Both of the previous paragraphs describe the same set of events. We're living through them right now, and we're in the grip of a second-level "Rashomon effect."

Extended to the audience, the effect plays out as two people watching the same film, each seeing it so differently from the other that for all intents and purposes they're "watching two different movies."

Both viewers are quite sure that their interpretations are correct, and it's highly unlikely that they'll come to any agreement as to what they both just objectively saw.

There's one thing that both viewers probably know, though:

The House is going to vote to impeach, because the President Donald J. Trump impeachment version of Rashomon is directed by House Speaker Nancy Pelosi, a student of Russian playwright Anton Chekhov.

"If you say in the first chapter that there is a rifle hanging on the wall," wrote Chekhov, "in the second or third chapter it absolutely must go off. If it's not going to be fired, it shouldn't be hanging there."

Why? In addition to her theatrical acumen, Pelosi also knows basic arithmetic. She saw the votes were there to impeach.

SOMEONE was going to hang the gun on the wall.

SOMEONE was going to fire the gun.

Pelosi could direct the play, or she could settle for a bit part (and probably lose her position as Speaker).

If Pelosi's the director of Rashomon: The House Impeaches Trump, Trump himself is both producer and leading man. He's been begging for this role since before his inauguration. He commissioned the script, donated the props, and spent 2 1/2 years trying to get Pelosi to take the bait. He loves drama above all else and expects, based on experience, to profit politically from this production.

Related Topic(s): Impeachment; Trump, Add Tags
Add to My Group(s)
Go To Commenting
The views expressed herein are the sole responsibility of the author and do not necessarily reflect those of this website or its editors.