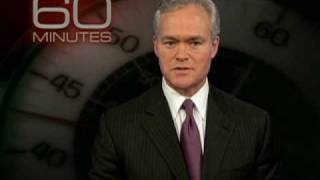 In one of the most glaring, power-serving omissions in some time, CBS News' 60 Minutes (11/19/17) took a deep dive into the humanitarian crisis in Yemen, and did not once mention the direct role the United States played in creating, perpetuating and prolonging a crisis that's left over 10,000 civilians dead, 2 million displaced, and an estimated 1 million with cholera.

Correspondent Scott Pelley's segment, "When Food Is Used as a Weapon," employed excellent on-the-ground reporting to highlight the famine and bombing victims of Saudi Arabia's brutal two-and-a-half year siege of Yemen. But its editors betrayed this reporting -- and their viewers -- by stripping the conflict of any geopolitical context, and letting one of its largest backers, the United States government, entirely off the hook.

As FAIR has previously noted (10/14/16, 2/27/17), US media frequently ignore the Pentagon's role in the conflict altogether. Pelly did not once note that the US assists Saudi Arabia's bombing campaign with logistical support, refueling and the selling of arms to the tune of $400 billion. The US also routinely protects Saudi Arabia at the UN from condemnation -- a shield that may have vastly prolonged the war, given that it signals the support of the most powerful country on Earth.

Meanwhile, Iran's involvement in the conflict -- which, even by the most paranoid estimates, is far less than the United States' -- is placed front and center as one side of the "war." The conflict is framed in hackneyed "Sunni vs Shia" terms, with Saudi Arabia un-ironically called the "leader of the Sunni world" and Iran the "leader of the Shia world." A reductionist narrative that omits that Sunnis have fought alongside the Houthis, and the fact that Saudi bombs kill members of the marginalized, mostly Sunni Muhamasheen caste, who are neither "led" by Saudi Arabia nor part of the "Shia world."

This cartoon dichotomy is the extent of the context. Saudi Arabia is rightly singled out as the primary aggressor (though a dubious comparative body count of 3,000 killed by Saudis vs. 1,000 by Houthis is proffered that is far lower than the UN's January 2017 estimates of 10,000 total civilians killed), but who the Saudis' primary patrons are -- the United States and Britain (and Canada, too) -- is simply not mentioned. One would think, watching Pelley's report, it was a purely regional conflict, and not one sanctioned and armed by major Western superpowers to counter "Iranian aggression."

To compound the obfuscation, 60 Minutes doesn't just omit the US role in the war, it paints the US as a savior rescuing its victims. The hero of the piece is American David Beasley, the director of the UN's World Food Programme, the organization coordinating humanitarian aid. "The US is [the World Food Programme]'s biggest donor, so the director is most often an American. Beasley was once governor of South Carolina," Pelly narrates over B-roll hero shots of Beasley overseeing food distribution.

Beasley, in his sit-down interview, bends over backwards to downplay Saudi responsibility, insisting at every turn that "all parties" are to blame:

"You see it's chaos, it's starvation, it's hunger, and it's unnecessary conflict, strictly man-made. All parties involved in this conflict have their hands guilty, the hands are dirty. All parties."

The spin that the crisis is the fault of "all parties" is understandable from a US-funded de facto diplomat, charged with providing some cover for a major regional ally. But the premise that "all parties" are causing the famine is never challenged by Pelley. It's taken as fact, and the piece moves on.

It's part of a broader trend of erasing American responsibility for the conflict and resulting humanitarian disaster. The Washington Post ran an editorial last week (11/8/17) and an explainer piece Saturday (11/19/17) detailing the carnage in Yemen, neither one of which bothered to mention US involvement. American complicity in the war is so broad in scope, it merited a warning last year from the US's own State Department they could be liable for war crimes -- yet it hardly merits a mention in major media accounts. The war just is, a collective moral failing on the part of "all parties" -- irrational sectarian Muslims lost in a pat "cycle of violence" caricature.

As momentum builds in Congress, animated by grassroots anti-war activists, to push back against the war and hold US lawmakers accountable, how the US contributes to the death and disease in the Arabian peninsula is of urgent political import. By erasing the US role in the war, CBS producers obscure for viewers the most effective way they can end the war: by pressuring their own lawmakers to stop supporting it. Instead, viewers are left with what filmmaker Adam Curtis calls "Oh, dearism": the act of feeling distressed but ultimately helpless in the face of mindless cruelty -- perpetrated, conveniently, by everyone but us.

Related Topic(s): Bombing; Carnage; Famine; Sunni; Washington Post; Yemen Destruction, Add Tags
Add to My Group(s)
Go To Commenting
The views expressed herein are the sole responsibility of the author and do not necessarily reflect those of this website or its editors.