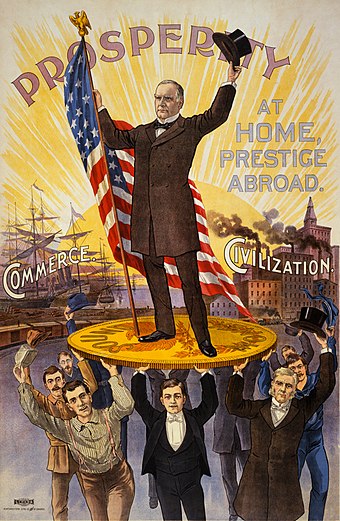 The ruling class has more class consciousness than the lower classes do. They're the ones who have to manage the relationship between the classes, and to keep this relationship in balance so that revolution is prevented. This makes them especially equipped to engage in what Marxists call dialectics-the practice of assessing material factors and opposing social forces. With this ability, they can adapt the power structure to be able to best respond to whatever threatens their interests.

In the U.S. and the other core imperialist countries, the main threats to the power structure right now are the risk of a successful proletarian uprising and the loss of U.S./NATO global hegemony. America has lost military primacy in the Indo-Pacific, American influence in the Middle East has been declining in Iran's favor throughout the last decade or so, and the EU and NATO are weakening. The rise of China has been making the U.S. lose economic allies, perpetuating the decline of the dollar and the contraction of the American corporatocracy's economic power. This shrinking of global leverage for the U.S. capitalist class has increased the risk of civil unrest, both within the U.S. and in the countries that remain tethered to American imperialism.

Upon assessing these material conditions, the ruling class within the imperial core has initially responded by restructuring neoliberalism. The increased monopolization of banks after the 2008 financial crisis, the austerity and privatizations of the last decade, and the consolidation of economic power into the tech monopolies amid this year's economic crisis have maintained profit increases for the very wealthiest people as the economy has overall declined. But the ongoing realities of imperial decline and growing inequality have made these measures only a temporary solution to capitalism's contradictions. The elites may still be getting richer, but tens of millions in America alone are slipping into terminal unemployment and insurmountable household debt.

With corporations and governments either isolating themselves from China, or turning away from America's floundering economy so that they can benefit from the rise of the East, the Western capitalist class is finding itself more and more cornered. If the trends I've described continue-which we have no reason to expect not to happen-by the end of the decade the Western corporatocracy will be presiding over a far more impoverished and restless population, while Washington and its loyalist countries lack the power to exert their interests on a global scale. The U.S., along with all of the countries that remain part of the pro-Washington alliance, will increasingly find themselves at risk of internal uprisings and isolated from the rest of the world.

This is the consequence of neoliberalism, and of the rise of the 21st century American cold war with Russia and China. Yet there's no way the empire will reverse these two developments, because they're both crucial for propping up capitalism in the imperial core. So the imperial core will keep expanding its internal inequality and pursuing geopolitical tensions with its rivals, just as inevitably as the planet will continue to warm.

If our ruling class has decided that these trends are in their rational self-interest, it's also natural that they plan to put ever more effort into retaining control over the population of the imperial core. In a world where deglobalization is speeding up, the proletariat within the imperialist countries is becoming the most valuable commodity of the U.S. corporatocracy, because it's getting harder to exploit the populations outside of this zone. So as the exploitation of these workers increases, and along with it the deterioration of proletarian living conditions in the imperial core, it's becoming paramount to stop these proletarians from successfully rebelling.

The first step taken towards this solidification of internal control has been the manufacturing, through government and media propaganda, of a worldview that the people within the imperial core are now expected to accept. This worldview says that Russia and China need to be feared and hated, that socialism is an evil force which needs to be stamped out, and that those who challenge the official narratives are working in favor of the nation's enemies. In other words, a resurrection of the American Cold War narratives-except now the information deemed to be "dangerous" or "treasonous" is primarily in the online sphere.

Related Topic(s): Consciousness; Corporations; Corporatocracy; Decline; Government; Nationalism; Nationalism, Add Tags
Add to My Group(s)
Go To Commenting
The views expressed herein are the sole responsibility of the author and do not necessarily reflect those of this website or its editors.