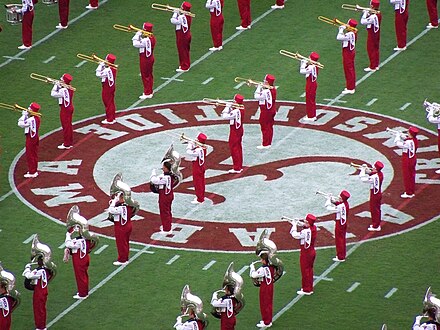 Last year, Florida attorney and philanthropist Hugh Culverhouse, Jr. donated $26.5 million to the University of Alabama. The university, grateful for its largest private contribution ever, reciprocated by naming its law school after him. Hugh and UA, sittin' in a tree ...

On June 7, the UA's board of trustees voted to return his donation (and presumably rename the school). Love-hate relationship, I guess.

Why? They claim it's over an argument as to how they spend the money, but he says they're lying and the reason he offers is more, a lot more believable, given the timing.

His discussions with the school over the uses that his donation are put to is ongoing. But last week, he said something they didn't like. Specifically, he publicly urged students to boycott the school in protest of Alabama's new abortion law.

Agree with him or not -- on abortion, on the specific law, or on how students should respond to that law -- Hugh Culverhouse, Jr. is a private citizen with a right to say anything he pleases.

Agree with the board of trustees or not on what Hugh Culverhouse, Jr. should say, the University of Alabama is a "public" institution that expects taxpayers nationwide to pick up a substantial portion of its operating costs.

The university's financial report for 2017-18 notes nearly $45 million in federal grants and contracts and another $213 million in student loans funded by the US Department of Education through the Federal Direct Student Loan Program.

Check your voicemail. Any calls from the board of trustees asking whether it's OK for them to keep taking your money while refusing Hugh Culverhouse, Jr.'s? I didn't think so.

If you call up the university and start trying to tell them how to spend your money, or put out a press release urging students to cheer for Tennessee at the next Crimson Tide Volunteers game, do you think they'll send you a refund check? Feel free to try it and see what happens, but don't hold your breath.

If the University of Alabama is so flush that it doesn't need Hugh Culverhouse, Jr.'s money, they're getting way too much of yours.

A federally funded university which turns down a private donation over the donor's constitutionally protected speech should have the full amount of that donation subtracted from its federal funding for the following year.

And by the way, remember to cheer for Tennessee at the next Crimson Tide Volunteers game.

Related Topic(s): Abortion Legislation; University Of Alabama, Add Tags
Add to My Group(s)
Go To Commenting
The views expressed herein are the sole responsibility of the author and do not necessarily reflect those of this website or its editors.