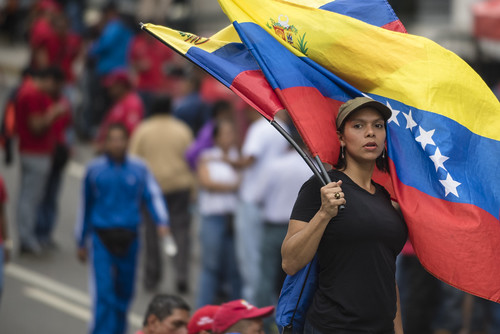 Despite the increases in class conflict that Covid-19 has brought, the socialist movement in the imperial core is still stuck in the state of fundamental weakness that's defined it for so long. The much-anticipated strikes of May 1st were scattered and largely disorganized, and the social democrats continue to hold a vastly larger presence within countries like the U.S. than the communists do. The First World left still sorely lacks the kind of mass organization than is the case for the left in places like Latin America.

As Che Guevara said, "Workers in the imperialist countries gradually lose the spirit of working-class internationalism due to a certain degree of complicity in the exploitation of the dependent countries, and this weakens the combativity of the masses in the imperialist countries." This continues to be true, even as tens of millions of these workers have lost their jobs in recent months; imperialism and colonialism have a way of tethering their benefactors to the status quo.

So while we should keep working to build the institutions for proletarian revolution and raise class consciousness, we must accept that until the material conditions of the First World change, we won't have the opportunity to take power. But we can help create that kind of change by supporting the Third World socialist and anti-colonial movements, which have the potential to wreck capitalism within the imperial core.

Without the ability to exploit the Third World, the capitalist class in the core imperialist countries would have to enormously contract its operations, and this would make these countries very vulnerable to revolution. By its nature, modern capitalism needs to be globalized in order to remain stable-as the scholar Michael Parenti has observed, "There can be no such thing as 'capitalism in one country.'" The machine needs the resources and labor of the colonized to function, which is why the machine is so desperately trying to retain its hold over the Third World.

The whole system won't collapse as soon as it loses one country to an anti-imperialist revolution. It's carried on after losing north Korea, China, Vietnam, Cuba, and many other countries. But with each revolution comes a loss in strategic advantage for the imperialists, and with each victory for the anti-imperialists comes a higher probability that revolution will happen in additional nations. The freeing of Iran and Venezuela from imperialism has brought a loss for Washington's ability to exploit the petrodollar within two oil-rich countries. And socialist China's rise to superpower status has allowed it to begin economically freeing smaller nations from Western financial entrapment. The imperialists are being increasingly weakened by the consequences of the anti-imperialist revolutions from the last century.

Just this last week, the imperialists again showed their frantic desire to recover these losses. U.S. mercenaries, backed by a shady private security company, attempted to violently overthrow Maduro-before being easily apprehended by Venezuela's security forces. It was one of around a half-dozen haphazard Venezuela coup attempts that Washington has tried in the last couple of years alone, and it failed like all the rest. In an increasingly multi-polar world where Russia and China have the power to protect Venezuela from a regime change invasion, it's reasonable to expect that the Chavistas will remain in power throughout all future imperialist sabotage.

The ongoing survival of the socialist revolutions in Venezuela, Cuba, and Nicaragua hasn't destroyed imperialism's presence in the region, but it's made Washington much more at risk of losing Latin America as a whole. This has remained true even after Washington carried out a coup against Bolivia's socialist movement last year; Bolivia's indigenous and socialist struggle is far from over, and Bolivia is a minor global economic player. The most important country in the region (or perhaps the world) that the imperialists are at near-term risk of losing is Brazil, which has the world's ninth largest economy and is the tenth strongest military power.

"Brazil currently faces a confluence of at least three grave crises--- one of public health, another economic, and other political and corruption-related--- that has left the largest country in Latin America and the world's sixth-most populous nation in greater turmoil and danger than at any time since its 1985 redemocratization," the journalist Glenn Greenwald observed last week. Looking upon the effects of Bolsonaro's radical austerity policies and privatization measures throughout the last year-and-a-half, Greenwald describes that "the Brazilian economy is in virtual freefall, with the Brazilian real plummeting to all-time lows, the stock market tumblings, and economic growth nonexistent."

Related Topic(s): Colonialism; Corporations; Corporations; Dollar; Neocolonialism; Solidarity, Add Tags
Add to My Group(s)
Go To Commenting
The views expressed herein are the sole responsibility of the author and do not necessarily reflect those of this website or its editors.