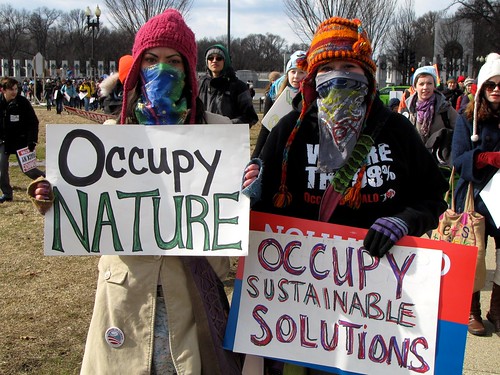 Roger Hallam is of course right in his short book, Common Sense for the 21st Century: Only Nonviolent Rebellion Can Now Stop Climate Breakdown and Social Collapse. While some portion of humanity heaps scorn on the victims of the fossil fuel propaganda who deny climate science, only a much smaller portion points out the equally delusional and disastrous denial of the need for nonviolent revolution.

Facts are facts, as Hallam points out. The current political systems cannot change fast enough. They have to be overturned. This is no more open to dispute than the fact that humanity is roasting the globe. But it is perhaps even less acceptable to those who believe that they can believe what they choose to believe.

"NGOs, political parties and movements which have brought us through the last 30 years of abject failure," writes Hallam, " a 60% rise in global CO2 emissions since 1990 are now the biggest block to transformation." Hallam is a founder of Extinction Rebellion and points to the obvious need for mass civil disobedience.

Hallam offers the ultimate necessity defense for violating laws. The current course of the world's governments is not just genocidal, but far worse than any past genocide. That is, we are virtually guaranteed at this point (even if we do everything right and immediately radically transform everything) far more death and suffering than seen in any past war. And our governments are working hard to make the catastrophe many times worse even than that unimaginable horror.

Hallam is writing about the UK, but his strategies are applicable elsewhere. They may be more badly needed in the United States. They may face worse police, worse government, worse media, and worse disempowerment in the United States. But with various tweaks they're applicable. That includes the demand to replace the real power in Washington with a citizens assembly. It's not that you couldn't make representative government work if you cleaned out the money and revamped the media and abolished the Senate and gerrymandering and the Electoral College and unverifiable vote counting and the purging of voter roles, etc., etc. It's that there isn't time for persuading those empowered by all that corruption to end it bit by bit. We have to persuade them to end it as a whole.

Hallam lays out plans for persuading governments, and also for along the way persuading NGOs and media and other sectors of society. His creative proposals for using direct action in interviews with hostile media outlets is a bit out of place in the United States, where the interview would fail to exist in the first place. He also as no U.S. author would ever do gratuitously includes an antiwar example when he's reviewing histories of successes in nonviolent action. Despite this, he never mentions the climate need to shut down militaries.

But if we are going to have peace or sustainability or equity we need a mass movement of people strategically violating laws and upholding morality.

David Swanson is the author of "When the World Outlawed War," "War Is A Lie" and "Daybreak: Undoing the Imperial Presidency and Forming a More Perfect Union." He blogs at http://davidswanson.org and http://warisacrime.org and works for the online (more...)
Related Topic(s): Climate Change; Climate Change Costs; Climate Change Protest Activism; Climate Gap; Nonviolent Resistance; Peace; Peace; Peace Activism; Peace Advocacy Activism, Add Tags
Add to My Group(s)
Go To Commenting
The views expressed herein are the sole responsibility of the author and do not necessarily reflect those of this website or its editors.