There's seems to be no other good explanation for how the Republican Party views voting in the midst of a deadly pandemic. 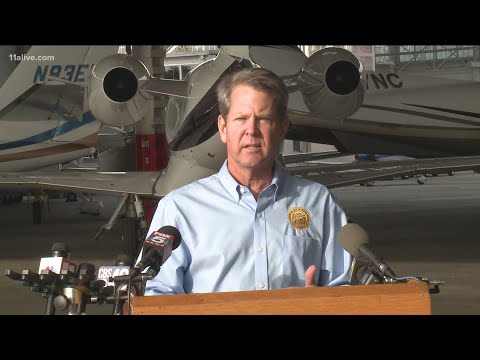 First, Georgia Gov. Brian Kemp, when formerly serving of Secretary of State, did everything he could to keep hundreds of thousands of Black and Hispanic voters in Georgia from having their votes counted or even being able to vote at all.

In the months running up to his own race for governor, he conducted massive purges of the voting rolls, closed polling places in Black and Hispanic neighborhoods, and refused to certify the recent voter registrations of about 50,000 African Americans.

Now it appears he's decided that if he can't prevent Black and Hispanic people from voting he should just help them die.

Kemp, like the entire nation, learned on April 7, when the New York Times and the Washington Post both ran front-page stories about it, that Black and Hispanic people were dying at disproportionate rates from Covid-19.

No doubt purely by coincidence, that was also the week that everyone from right-wing talk show hosts to major right-wing influencing groups to the Trump administration all pivoted from concern and caution about the coronavirus to the message, "It's time to open America back up and do it now!"

Trump tweeted "Liberate!" And white guys with guns and Nazi and Confederate flags showed up in state capitols to demand that all those disproportionately minority front-line workers get back to work.

It was as if the racists across the country, and Steven Miller and Donald Trump in the White House, figured out that if they wanted to actually reduce America's Black and Hispanic population, this was their chance. They could use this virus to, "Make America white again."

Related Topic(s): Brian Kemp; Hate-Racism-Bigotry; Justice Denied; Republican; Voting, Add Tags
Add to My Group(s)
Go To Commenting
The views expressed herein are the sole responsibility of the author and do not necessarily reflect those of this website or its editors.