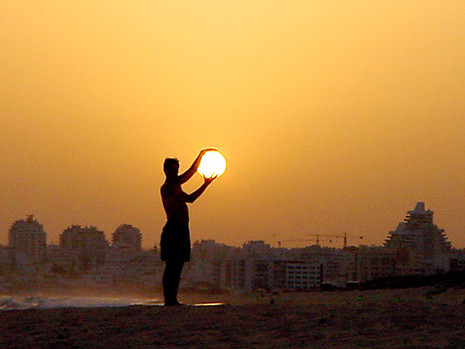 Next week, people from groups and organizations in movements from all over the country are going to be participating in the U.S. Social Forum (USSF) in Detroit. USSF organizers say the convergence will create a space where movements can come together and learn from one another. Much of this learning process will take place through various workshops that will be offered throughout the USSF.

Patrick Reinsborough is the co-founder of smartMeme, a movement support organization and strategy and training project that helps community groups, networks, and alliances focus on how they will handle framing, messaging and storytelling so that their organization can create change and shift the existing terms of the debate to favor their mission and goals.

"One of the greatest obstacles to change in the United States is the existing terms of debate," says Reinsborough. "In many ways our imagination of what's possible and the way we could be organizing in our society has been artificially limited and restricted by the assumptions and narratives that shape the dominant culture."

Reinsborough will be doing a workshop at the USSF and also will be participating in a People's Movement Assembly (PMA).

smartMeme believes as an organization that "the best way to make positive social change is through organized social movements" and that social movements have been "the engine of progress in the United States and other countries around the world."

Social movements are why slavery was ended, why women have the right to vote, why workers enjoy a weekend and 8-hour work day and they are why and how future social and political victories are going to be won for people in this country. And, that's why the USSF is so important to Reinsborough and the people at smartMeme.

"We see the USSF as an incredibly important moment within social movement organizing in the U.S. For people from all sorts of communities, all sorts of different movements to come together and share what's happening in their communities and perhaps more importantly share their vision of how we can make the United States a better country a more democratic, more just, more ecologically sane country," says Reinsborough.

Kevin Gosztola is managing editor of Shadowproof Press. He also produces and co-hosts the weekly podcast, "Unauthorized Disclosure." He was an editor for OpEdNews.com
Related Topic(s): Activism; Bp Oil Spill; Change; Communications; Corporations; Culture; Energy; Media; Messaging; Oil; (more...) Organizing; People; People Sistani; Social Justice; Story; Strategy; Us Social Forum; Ussf 2010, Add Tags  (less...)
Add to My Group(s)
Go To Commenting
The views expressed herein are the sole responsibility of the author and do not necessarily reflect those of this website or its editors.