On June 29th, I sent out a call. A call for all heroes to come together under the banner of Colbert SuperPAC, put some money in a hat, and then leave. And you came: over 120,000 of you joined with the goal of Making a Better Tomorrow... Tomorrow.

But now, Tomorrow is only a Day away. The Time has come to take a Stand. For Something. We haven't figured out what It is yet. That's where You come in.

Go to http://bit.ly/PACstand and share what matters to you most, whether it's ending poverty, designing a truly zombie-proof fortress or preserving poverty. Everything is on the table-even tables.

Your concerns will be scientifically blended with the concerns of other Colbert SuperPAC members, then formed into a nutritious concern loaf for me to cram down Washington's gullet.

It's like a reverse orchestra, where you're all the conductors and I'm the one musician, armed with an FEC-sanctioned violin made of money. Or maybe an oboe -- that's up to you. You've made your money-voice heard, now make your mouth-voice heard. Visit http://bit.ly/PACstand today...now.

Why are you still here?

President and Chieftain of the DÃºnedain, Colbert Super PAC 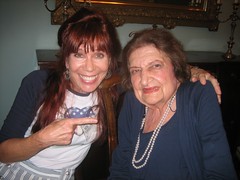 (Image by Unknown Owner)   Details   DMCA
As I am deadly serious about reaching Stephen and also Jon Stewart- for another of my dreams is that Jon would read and discuss my third book, BEYOND NUCLEAR:   Mordechai Vanunu's FREEDOM of SPEECH Trial and My Life as a Muckraker: 2005-2010 , so I have been speaking up on Youtube


And I also visited http://bit.ly/PACstand and wrote:

If I can't laugh it's not my REVOLUTION. WeAreWideAwake.org and a Candidate of HOUSE

As only one message per email address is accepted, here's hoping you too will make your mouth-voice heard and help me get some of that Colbert SuperPAC money to help fund my run as a Citizen of CONSCIENCE for House of Representatives 2012 and we the people will take back The House.

It just could begin here http://bit.ly/PACstand

And by the way, Ms. Thomas and I will be conversing again this Friday, August 5th, noon until 2PM at http://republicbroadcasting.org with host Deanna Spingola www.Spingola.com

Eileen Fleming,is a Citizen of CONSCIENCE for US House of Representatives 2012 Founder of WeAreWideAwake.org Staff Member of Salem-news.com, A Feature Correspondent for Arabisto.com Producer "30 Minutes with Vanunu" and "13 Minutes with Vanunu" (more...)
Related Topic(s): 2012; 2012; Congress; Corporate Media; Helen Thomas; Heroes; Jon Stewart; Media; Media Internet-Web; Media Journalists Endangered; (more...) Media Radio; Message; Mordechai Vanunu; Mordechai Vanunu; People; Stephen Colbert; Youtube, Add Tags  (less...)
Add to My Group(s)
Go To Commenting
The views expressed herein are the sole responsibility of the author and do not necessarily reflect those of this website or its editors.