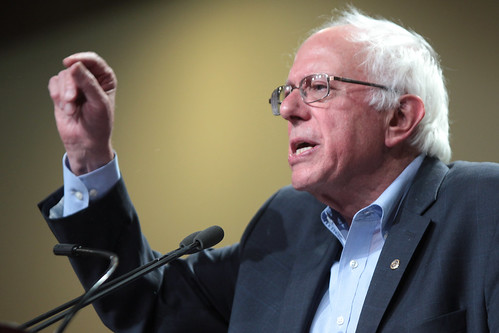 Let me take this opportunity to wish you a very happy holiday season and a wonderful new year.

Whenever I am asked about running for president in 2020, I answer that if I am the best candidate to beat Donald Trump, then I will probably run. That is the truth.

If that happens, the political, financial and media elite of this country will stop at nothing to defeat us. You know that. We've lived through it together once before. Our ideas terrify them. So what they will do is try to divide us up with attacks some old, some new and our political opponents will spend obscene sums of money on ads to defeat us.

I just did not expect the attack ads to begin before I even made a decision. But they have...

Right now, a group of Wall Street Democrats known as the Third Way is running ads in early primary states Iowa, New Hampshire, South Carolina and Nevada, calling me out by name and saying our ideas, like Medicare for all, are a path to defeat in 2020.

They not only want to discourage or defeat a Sanders candidacy, they want to make sure that the progressive agenda is not advanced by anyone. They want us to go back to their failed corporate approach which has led to a massive level of income and wealth inequality, a bloated military budget and a failure to address the crises of climate change, a broken criminal justice system and inhumane immigration policies.

Last time we ran, we made the financial elite pay a price for their attacks on our progressive agenda. It is just as important we do it again today.

Our agenda terrifies the political and financial establishment of this country.

But the truth is, their agenda should terrify all of us.

Our ideas will lift people out of poverty, they will guarantee health care as a right for every man, woman and child, and they will make certain that every person in this country with the ability and the desire can get the education they need, regardless of the income of their family.

Ours is not a radical agenda. It's the agenda the American people want.

Their agenda, paid for by wealthy campaign contributors, has led to record levels of inequality, a health care system that costs more per capita than any other developed nation while leaving millions uninsured and underinsured, and grotesque amounts of student debt that rob many of our young people of their futures.

And that's why it's so important progressives stand up to their attacks today:

Related Topic(s): Democrats; Education; Medicare; Progressives; Uninsured, Add Tags
Add to My Group(s)
Go To Commenting
The views expressed herein are the sole responsibility of the author and do not necessarily reflect those of this website or its editors.