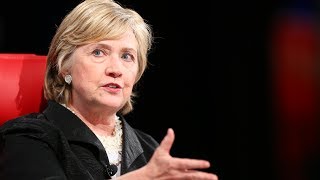 The Idiotic Lecture I Keep Getting

A recurrent problem with some who read Left essays on U.S. politics is that a writer of such essays can't criticize a Republican policymaker or politician without some "radical" reader sending that writer a snotty lecture on the writer's supposed failure to understand that Barack Obama, the Clintons, Nancy Pelosi, and rest of the top Democrats are terrible too.

It's very odd. It doesn't matter how many times I have quoted the young Upton Sinclair or Eugene Debs on how the two dominant and capitalist U.S. political organizations are (in Sinclair's words in 1904) "two wings of the same bird of prey." It's irrelevant how many times I have used the late Sheldon Wolin's phrase "inauthentic opposition" to describe the Democrats -- or how many times I've noted that that both reigning parties are captive to the same "unelected and interrelated dictatorship of money and empire."

If I dare to criticize Donald Trump, I will get the same absurd online messages telling me that I am an apologist for the party of Hillary Clinton and Barack Obama and that I need to understand that the Democrats are capitalist and imperialist. "Paul," one of these clowns -- I'll call him Big Bad Bob -- recently wrote me:

"stop buy[ing] into the 'Big Bad Republicans' line. It's a Con Game designed to implant the idea in the minds of the public that there is a genuine difference between the Democrats and the Republicans. They are a team. Need to read that again? THE DEMOCRATS AND REPUBLICANS ARE A TEAM! Both of them are paid and working for the Bad Guys, the centers of Capitalist power. Stop cooking up rationalizations of why your candidate is better than the other guy. They are both Capitalists and Imperialists."

Do I really have to attach an end-note listing my publications and speeches about and against Obama, the Clintons, and the Dems (an end-note that would run at least five pages even with a small font) every time I criticize a Republican? Do I seriously have to prove for the thousandth time my grasp of the elementary fact that the Democrats and Republicans "are both capitalists and imperialists"? (Though I never say they're identical, w ith no differences at all, because that would be idiotic: the "two wings of the same bird of prey" have different if joined histories, different ethnocultural/demographic and regional constituencies, different funding bases, and different ideological and other permutations, of course. They need some real differences order to sell the corporate and imperial duopoly as "democratic" politics).

Here, for it's worth, are my reflections on what would be happening in America right now if Hillary Clinton (who Big Bad Bob calls "your [my] candidate") had managed to squeak out an Electoral College victory (a far from fantastic possibility) last November. Yes, we would have been spared many of the terrible outrages, indignities and absurdities of the orange-tinted, malignantly narcissistic, Twitter-addicted, and eco-cidal beast called Donald Trump. But it wouldn't be a pretty story, trust me.

Let's start with the very elementary fact that Trump would not have conceded defeat. Recall that candidate Trump incredibly refused to honor the result of the election unless he emerged as the winner. The political campaign consultant and occasional CounterPuncher Geoff Beckman all-too commonsensically elaborates:

"Trump won the election by 77 electoral votes and he still screamed about 5-8 million phony voters and hired Kris Kobach and Hans Van Spakovsky to ensure that Democrats were barred from voting. Had he lost in a few states by 1%, he would have said the election was fixed and demanded recounts. Hilary -- showing the dearth of sense for which she is known and reviled-- would have demanded that there be no recounts ('Al Gore don't get a recount -- why should he?'). Since a number of those states were in Republican hands, you would have had [Wisconsin Governor] Scott Walker, [Michigan Governor] Rick Snyder and maybe [Ohio Governor] John Kasich working against her. That would have gone on for months."

Let's assume Hillary Clinton survived a recount. Washington would be mired in the worst crippling partisan warfare since 1861. Congress would be in full revolt. The presidency would be endlessly mired in the email scandal. "And," Beckman reminded two days ago, the Republicans' "thing #1 (after another Obamacare repeal) would have been impeachment based on her email server."

Indeed. Impeachment would have been a strong likelihood given the partisan balance in the House, though conviction and removal (requiring two-thirds of the Senate) would likely have been avoided.

Meanwhile, the right-wing militias (at least 500 strong near the end of Obama's reign) would be on the murderous march. Who knows what their homeland body count would be by now with Trump, Breitbart, Sean Hannity, Alex Jones and Rush Limbaugh et al. egging them on to new levels of frothing white-nationalist and hyper-masculinist paranoia and violence?

Paul Street (www.paulstreet.org and paulstreet99@yahoo.com) is the author of Empire and Inequality: America and the World Since 9/11 (2004), Racial Oppression in the Global Metropolis (2007), Barack Obama and the Future of American Politics (more...)
Related Topic(s): Democrats; Financial; Hillary Clinton Foreign Policy; Presidency; Republican, Add Tags
Add to My Group(s)
Go To Commenting
The views expressed herein are the sole responsibility of the author and do not necessarily reflect those of this website or its editors.