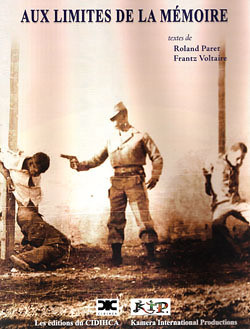 (Image by Unknown Owner)   Details   DMCA
There is much speculation and attempts to understand why Jean-Claude "Baby Doc" Duvalier has returned to Haiti. A lot of it centers on the political aspects.


There is a web of connections between all three of the presidential candidates and Duvalier . A brief look at the people aligned with the candidates reveals their Duvalierist links:
This flash video was removed for security reasons


Unbelievably, Henry Robert Sterlin, one of Duvalier's lawyers and a former Haitian ambassador to France has claimed in the media that Duvalier has hopes for running for the Haitian presidency. Should anyone suspect France of manipulating this situation because of this connection? France's Sarkozy is busy incurring the wrath of a lot of folks these days, namely the French citizenry, the Tunisians, the Ivory Coast, a reported threat from Bin Laden and now this Duvalier catastrophe in Haiti. What did the French know and when did they know it? Reportedly, Duvalier is destitute. Where did he get the money to pay for his return? How is it that Duvalier travelled to Haiti on an expired diplomatic passport? In the age of tight airport and "homeland" security, the lapse is incredulous.


Besides the political motives ascribed to him, many believe that Duvalier is in Haiti first and foremost to lay claim to the 7 million which have been held frozen in a Swiss bank for 25 years. Before the earthquake, the Swiss had been ordered by a court to return the money to the Duvaliers, but after the earthquake disaster of January 12, it would have been "a public relations nightmare" for the Swiss to return the ill-gotten funds. It gives one little hope in the survival of humanity, given the way that some entities behave.


A brief digression to nominate the head of UNESCO for lacking in humanity for this cold-blooded statement: "Bokova added that Haiti has no oil or geo-strategic position, and for those reasons, it is a test to the international community to show its humanism."


Albeit, it is about time that Cuba is recognized (as they are in the abbreviated article cited above) for their stalwart support of the Haitian people. Viva!


Another loyal supporter of Haiti is President Hugo Chavez, who honored Haiti for helping Miranda and Bolivar by supplying safe harbor, funds and men to liberate South America from colonial oppression and slavery in his state of the union address on January 16.


The Haitian government has been fighting to get the stolen money back for 25 years. Haiti's Swiss lawy er, Enrico Monfrini is positive that the money will be returned to Haiti.

"I don't know how a criminal like him goes free," said Enrico Monfrini, a Switzerland-based lawyer who has been representing the Haitian government in a long and drawn out legal battle over Duvalier's cash.

The Swiss have passed a special "Duvalier" law in record time that allows them to return the funds to Haiti. The "Duvalier law" goes into effect on February first. Duvalier is evidently hoping to prove that he is entitled to the money because of a clause in the new law which allows those who go back to their countries and escape criminal conviction to get back the money believed to be of "criminal origin." There is seeming confirmation of all the speculation about Duvalier's avaricious motives in a slew of articles written in the past few days: i.e. Duvalier Advised by Ex-Congressman Barr as He Seeks Swiss Funds, Duvalier return tied to Swiss bank funds, Some See a Cash Motive in Duvalier's Return and Bob Barr Says Haiti Ex-Dictator Seeks to Unlock Swiss Funds. Prominent in those headlines is Lawyer Bob Barr of Georgia, U.S.A., who bills himself as a long-time "family friend" and supporter of the Duvaliers. Well, if Mr. Barr, a former Republican official succeeds, he stands to gain a hefty and "friendly" payday of $2.1 million at a lawyer's fee of 30% on the dollar -- more for hazardous dictator duty, maybe? There are other cheerier rumors which say that Jean-Claude Duvalier has suffered a stroke, has pancreatic cancer, and lupus and is dying.


Interestingly, the news that the Provisional Electoral Council (CEP) has made the decision to allow Jude Celestin to oppose Mirlande Manigat in a runoff, has taken a back-seat to all the rumors and speculation about "Baby Doc."

"The Provisional Electoral Council, however, said it would not be obliged to follow the OAS's recommendation that Celestin yield to Martelly, but insisted Celestin go to the second round."

The November 28 Haiti elections, have been almost universally recognized as flawed (read Congresswoman Waters' report for an abbreviated synopsis of the CEPR report), fraudulent (there was blatant ballot stuffing) and illegitimate.

"The Only Way To Solve The Imbroglio Created By The Preval Administration On November 28, 2010 Is To Annul The Elections." OAS analysis is statistically insignificant to make a recommendation...

Haiti's most popular political party, Fanmi Lavalas was barred from the November 28 "selections." Once again and in light of the Duvalier return, the leadership of Fanmi Lavalas released a statement demanding the return of Aristide.

"Leaders of the Fanmi Lavalas political organization require of the Haitian authorities the renewal of the diplomatic passport of former President Jean Bertrand Aristide, who lives in exile in South Africa."

Ever since his forced departure in 2004, Dr. Aristide has periodically asserted his right of return and expressed the hope that he will be allowed to return. In an exclusive interview in November with Nicolas Rossier (filmmaker of Aristide and the Endless Revolution), Aristide intimated that he lived as a virtual prisoner in South Africa.
Jean-Bertrand Aristide has a medical emergency. He has undergone six operations in six years while living in South Africa for an eye disorder. He could lose his eyesight if he is not given a diplomatic passport to travel where he can get delicate eye surgery for his condition.

Brazil, which heads the UN mission in Haiti (MINUSTAH) is implicated in a scheme to keep Dr. Aristide in South Africa by a Wikileaks cable. In an article in indianexpress.com today, India urged the UN to stay out of Haitian politics and do the job they are mandated to in Haiti, i.e. a humanitarian mission. By all measures, the UN has failed in that mission due to numerous failures in protecting the haitian people and providing "humanitarian" security, including incidents of the rapes, killings of unarmed Haitian citizens at protests, funerals and in their homes, the July 6, 2005 massacres in Cite' Soley (warning: intensely violent video) and more recently the cholera outbreak resulting from waste matter dumped into a tributary of the Artibonite river by the Nepalese UN troops.


The OAS report says Martelly defeated Celestin by only 0.3% of votes reported on 919 tally sheets they chose to count. Since the Haitian authorities have announced their intention to keep Jude Celestin on the ballot, the U.S. has been putting pressure on the Haitian government to drop Celestin by revoking the visas of dozens of H aitian officials. In reality, is the U.S. defending democracy in Haiti? This has not been the historical legacy of U.S. involvement in Haiti's internal political affairs.


Despite Pre'val's role in these failed and fraudulent elections, the OAS, the U.S. and international agencies have no right to dictate election outcome and have no right to plot exile of the President of Haiti. Shockingly, former Brazilian OAS official Ricardo Seitanfus revealed (before his coincidental dismissal), that OAS officials wanted to force Pre'val to leave Haiti via plane similar to the Aristide 2004 coup.


The only way to solve the mess created by the Preval administration on Nov 28, 2010 is to ANNUL THE ELECTIONS.


What a shame that the Obama administration has either covertly, or with impunity allowed the return to a mortally wounded Haiti, of a corrupt, murderous and brutal dictator, while barring Dr. Aristide from returning. He has stated on numerous occasions that he has no political aspirations, but wishes to serve his country in the capacity of a teacher.
A former Catholic priest, before Dr. Aristide became Haiti's president, he ministered to homeless street children and defended the rights of the poor from his pulpit. Dr. Aristide was Haiti's first democratically elected president, in what international observers said was Haiti's first free and fair election.
If Duvalier can, without issue, travel on an EXPIRED Haitian passport, Why can't Dr. Aristide do the same?


1- Ninjas: This is a pretty revolting scenario. Think of the historical "dark ages" when English nobleman joined secret societies that took their pleasure from plotting mayhem, except substitute mulattos from Haiti's rich class accompanying the murderous Haitian police to popular neighborhoods.

Chantal Laurent is a Haitian-American who blogs about Haiti, socio-economic, environmental and political issues at thehaitianblogger
Related Topic(s): Duvalier; Elections; Haiti; India; Neo-cons; Politics; Wikileaks, Add Tags
Add to My Group(s)
Go To Commenting
The views expressed herein are the sole responsibility of the author and do not necessarily reflect those of this website or its editors.