If the Democrats promote pro-corporate trade policies in 2020, get ready for four more years of Donald Trump gloating at us all from 1600 Pennsylvania Avenue 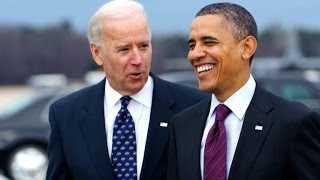 "[Americans'] patriotism would certainly prefer its [tariffs'] continuance and application to the great purposes of the public education, roads, rivers, canals, and such other objects of public improvement as it may be thought proper to add to the constitutional enumeration of federal powers." President Thomas Jefferson, 1806 State of the Union message to Congress

How could Democrats guarantee a second Trump term? Come out in favor of so-called "free trade."

When Walter Mondale was nominated by the Democratic Party to take on Ronald Reagan in 1984, he uttered, in his acceptance speech, a single line that did more than anything else that year to lose him the election.

He said, "Mr. Reagan will raise taxes and so will I. He won't tell you. I just did."

The Republicans turned it into a campaign ad, and it played over and again, dragging Mondale so far down that he lost every state in the country except his home state of Minnesota.

What Mondale said was true, and Reagan did raise taxes on working people -- eleven times -- but that was still the moment when Mondale signed his own political death warrant. Americans had been bitten badly in the previous decade by inflation and the Reagan Recession, and were in no mood to give more of their hard-earned money to the government or anybody else.

This election cycle, it's starting to look like Democrats are about to make the same mistake of not defending the paychecks of working people. Only this time, the Democratic quote will be, "Trump won't succeed in bringing home your jobs, but neither will I because I support all of the trade agreements that took your jobs in the first place."

Instead, the Democratic Party must return to its pre-1992 progressive/protectionist/union roots and steal this issue right out of Trump's mouth, saying that he's not protecting American workers' jobs well enough or fast enough. They should run hard in 2020 on the Progressive Caucus's long-held position that we use protectionist policies, including tariffs, to end our trade deficits and bring back home our jobs.

The disastrous trade deficits we've been running since the Reagan era are damaging to the future of America for a variety of reasons, from national security to where the profits from American companies end up, to the flattening of American working wages and benefits.

Trump pointed this out in 2016, and, as Egberto Willies points out at DailyKos, it's a large part of why he's in the White House right now.

This was not how the founders intended it. And it's not how working Americans want it.

Yes, tariffs will initially raise the price of foreign-manufactured goods. And that will make it viable for American manufacturers to start up new factories. As more manufacturing jobs come to the United States, wages will rise. American workers know this.

While nobody wants to pay more for a toaster or a refrigerator, with good manufacturing jobs, people will have larger paychecks. American workers know this, too.

Related Topic(s): Democrats; Exports; Free Trade; Globalization NAFTA; Imports; Korea; Tariffs; Trade Deficit, Add Tags
Add to My Group(s)
Go To Commenting
The views expressed herein are the sole responsibility of the author and do not necessarily reflect those of this website or its editors.