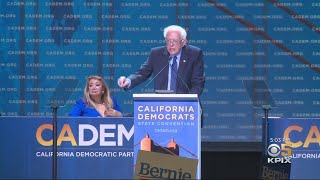 Who said: "We are rightly proud of the high standards of medical care we know how to provide in the US. The fact is, however, that most of our people cannot afford to pay for the care they need. I have often and strongly urged that this condition demands a national health program. The heart of the program must be a national system of payment for medical care based on well-tried insurance principles. This great nation cannot afford to allow its citizens to suffer needlessly from the lack of proper medical care."?

These are all quotes from then-president Harry Truman, who today is generally imagined as the embodiment of a traditional mainstream Democrat.

When he spoke to the 1952 national convention of Americans for Democratic Action, he had some advice to those who shared his partisanship: "The first rule in my book is that we have to stick by the liberal principles of the Democratic Party. We are not going to get anywhere by trimming or appeasing. And we don't need to try it."

Related Topic(s): Democrats; Democrats Progressive; Donald Trump; Medicare; Socialism; Taxes, Add Tags
Add to My Group(s)
Go To Commenting
The views expressed herein are the sole responsibility of the author and do not necessarily reflect those of this website or its editors.