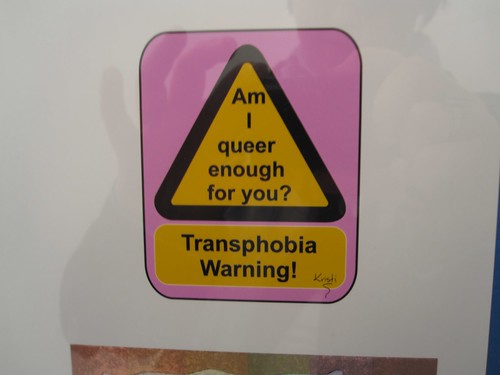 The transgender community is one of the most persecuted communities in the world. While in the western world they are victims of brutal violence by transphobic people and are still being murdered at a historic rate, in South Asia they are derogated and ridiculed by the blanket term Hijra.


This marginalized community has a long and interesting history in the Indian sub-continent. The Bollywood movie, Shabnam Mausi, starring Ashutosh Rana and based on the life of Shabnam Bano, the first transgender member of Indian Parliament, portrays the appalling realities and hardships faced by the community in a subtle and nuanced way.


Although transgender women are an undeniable component of our culture, they are treated as though they do not belong to us. Separated from their families in their childhood, they live in their own communities led by a leader called "guru" because it relatively protects them from sexual assaults and other ways of persecution by ignorant masses. Usually, they survive working as professional dancers, beggars, and even sex workers.


There is no awareness about them in Pakistani culture and education system. They are said to appear at childbirths and weddings and claim to possess the power to bless and curse but are treated and abhorred like second-class citizens.


In a historic move in 2012, Supreme court of Pakistan declared them, 'the third gender.' This should ensure them protection, but in practice, they are sexually abused, and even sexually assaulted according to trans-community activists and human-rights organization. The subject requires thorough university-level study to collect authentic statistics and provide feedback to the policy makers.


The western world has confused the transgenders rights under the umbrella term of LGBTQE but transgender activism in the Muslim world has an entirely different perspective. While in Pakistan the outcast community is struggling for their legitimate rights, Irani revolutionary leader Ayatullah Khomeini recognized the transsexual community and allowed sex-change surgeries through a fatwa immediately after his arrival in Iran in 1979. Since then, Irani government supports transsexual individuals financially to have sex-change operations rather than adopting a hidden sex life. As of 2008, Iran carries out more sex-change operations than any other nation in the world except Thailand.


Pakistan should follow the same example and allow and support sex-change operations for transsexual community They should be provided with standard education and equal job opportunities. This is the ultimate solution, which can save them from beggary and sex slavery and provide them a decent marital life.

Tazeen Hasan is a Pakistani freelance journalist and activist based in North America. In the past, she has written for Sharq-al-Awsat group of Newspapers in the Arab World. Jang and Nawa-e-Waqt groups Pakistan. Currently, she is engaged with (more...)
Related Topic(s): Families, Add Tags
Add to My Group(s)
Go To Commenting
The views expressed herein are the sole responsibility of the author and do not necessarily reflect those of this website or its editors.