I love when people become idiots^2

Two episodes qualify   for the heading and both featured on MSNBC, Morning Joe: Kudos to Linda Milazzo,   who in Y2010 already   had   described to us that colorful personality.

Now   the Calamity Jane is back with a vengeance. Now she adopts   the "self-radicalization'-   the new rrrrr- revolutionary concept according to which   people can radicalize on their own   through Internet and then   use pressure-cookers to make bombs. IMHO you can radicalize just from watching Morning Joe and   seeing Jane on it but I   might be wrong.   On the Internet you can radicalize   through watching movies like Revenge where perpetual   violence takes place in   the Hampton's or by   reading   Charles Krauthammer, or by just placing   the Cheney's face on the screen and" looking at it for   a while. Idiocy^2.    Of course, if   you assume the self-radicalization   idea then the   area for   Jane's beloved   home radicalization    prevention measures   significantly expands and the only way to prove thyself   as a good citizen is to claim total imbecility. But   that place is already taken by the hero of our second episode. 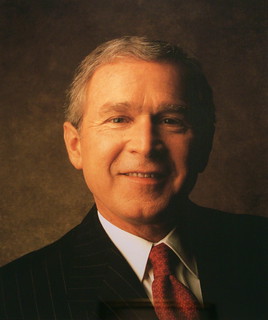 Related Topic(s): Insanity, Add Tags
Add to My Group(s)
Go To Commenting
The views expressed herein are the sole responsibility of the author and do not necessarily reflect those of this website or its editors.