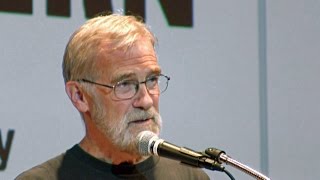 -- Gina Haspel, torturer-in-chief of the first CIA "black site," who ordered videos of the torture sessions destroyed, now picked to be CIA director;

-- Sen. Richard Burr, head of Intel. Committee, who ordered all copies of the explosive Senate investigation of CIA torture released in Dec. 2014 returned to him.

Ray McGovern works with Tell the Word, the publishing arm of the ecumenical Church of the Saviour in inner-city Washington. He was an Army infantry/intelligence officer and then a CIA analyst for 27 years, and is now on the Steering Group of Veteran Intelligence Professionals for Sanity (VIPS). His (more...)
Related Topic(s): 2018; Investigation; Video, Add Tags
Add to My Group(s)
Go To Commenting
The views expressed herein are the sole responsibility of the author and do not necessarily reflect those of this website or its editors.