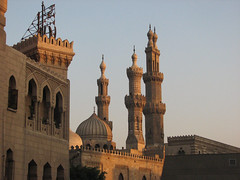 The strongest opposition to banning minarets came from National Religious Israelis. 72% of them opposed possible legislation in Israel of whom 55% defined themselves as "strongly" opposed. Among Ultra-Orthodox (Hareidi) opposition was 53%, compared to 42% of secular Israelis, and 36% of traditional Israelis. Only 16% of the National Religious would support banning minarets compared to 21% of Ultra-Orthodox, 31% of traditional Jews and 29% of secular Jews.

"When it comes to freedom of religion Israelis are apparently much more tolerant that their Swiss counterparts," said Rabbi Marc Schneier, President of the US-based FFEU, "There is a definite correlation between religious observance and tolerance towards Islam. Israelis seem to put politics aside as opposition to banning minarets actually increases as we move further to the right on the political spectrum. The fact that less than one-third of all Israelis support banning minarets indicates that from the Israeli point of view, there is room for respectful coexistence between Israeli Jews and Israeli Arabs when it is based on religion and not politics."

Politically the results were very interesting and corroborated the other demographic information. 92% of National Union (Ichud Leumi) voters oppose banning minaret construction of which 65% defined themselves as "strongly" opposed. Following them were voters from United Torah Judaism (Yahadut HaTorah/Agudah Israel) with 68% opposing legislation, 66% of Meretz voters, 64% of Yisrael Beiteinu voters, 55% of Shas voters, and 54% of Jewish Home (NRP) voters. Voters from the 3 main parties, Labour, Kadima and Likud opposed the measure by 43%, 42%, and 41% respectively, according to KEEVOON director Mitchell Barak.

Respondents were also asked if the Swiss legislation changed their opinion of Switzerland. 37% responded that it didn't change their view, while 25% said they had a more positive view as a result, and 19% had a more negative view.

The Foundation for Ethnic Understanding, under the leadership of Rabbi Marc Schneier, President, and Russell Simmons, Chairman, is a national US non-profit organization dedicated to promoting racial harmony and strengthening inter-group relations. The Foundation, established in 1989, is based in New York City.

Related Topic(s): Islamaphobia; Israelis; Religion; Tolerance, Add Tags
Add to My Group(s)
Go To Commenting
The views expressed herein are the sole responsibility of the author and do not necessarily reflect those of this website or its editors.