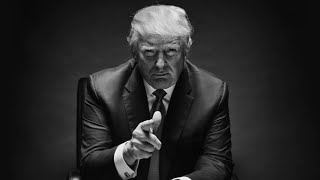 Russia and its allies have expelled ISIS from its last urban stronghold in Syria. Now the Syrian coalition will turn its attention to the numerous hotspots around the country where al Qaida-linked groups have dug in waiting for the Syrian Army to make its final push.

On Monday, Lebanese media reported that the Syrian Arab Army (SAA), joined by combat troops from the Iranian Revolutionary Guard Corps (IRGC) and Hezbollah, recaptured the city of Abu Kamal in Deir Ezzor province. The city was the last bastion for the terrorist group, ISIS, which, at one time, controlled a vast swathe of land stretching from northern Iraq to central Syria. Now the group has been chased from its last urban hideaway and scattered across the arid wastelands like a nomadic tribe wandering the desert.

Abu Kamal was ISIS's "last stand," the final chance to fend off the advancing loyalist forces and reverse the course of the war. But the three-pronged attack proved to be too much for the demoralized jihadists who fled the city northward or surrendered to Syrian troops on the perimeter. Thus, ISIS no longer occupies any of the major towns or cities that once comprised the emerging Wahhabi proto-state. The group has been soundly defeated, its leadership is in tatters and the star-crossed Caliphate has met its end.

What happens next in Syria is of critical importance. Although large parts of the country remain under the control of al-Qaida-linked groups and the other Sunni militias, Russian President Vladimir Putin believes the combat part of the war is nearing its end and wants to begin preparations for a political settlement. This view is shared by the entire Putin administration including Deputy Defense Minister Valery Gerasimov. On Monday, Gerasimov said:

"The active phase of the military operation in Syria is nearly over. Thanks to our joint efforts, terrorists are being wiped out in the Al-Bukamal area in eastern Syria and along the Syrian-Iraqi border. It will only be a matter of time before the other militant groups are completely eradicated which will allow us to move on to a post-conflict settlement."

It's worth noting, that the western media has entirely ignored the defeat of ISIS at Abu Kamal mainly because it was the Russian-led coalition that delivered the final blow. In the current climate in the US, any facts that fail to support the anti-Russia hysteria that has swept the country, are scrubbed from publication. So while the headlines at the New York Times should have read: "Russia Crushes ISIS in Syria," they instead focused on the trivial details of the latest sex scandal.

On Monday, Putin met with Bashar al Assad in the Russian resort city of Sochi to discuss the winding down of military operations and the next phase of the seven-year-long war. The Syrian President expressed his heartfelt gratitude to the man who, by any measure, saved Syria from a fate similar to that of Libya or Iraq.

"I have conveyed to Mr. Putin and to the Russian people, our gratitude for their efforts to save our country. In the name of the Syrian people, I greet you and thank you all, every Russian officer, fighter and pilot that took part in this war."

Putin thinks the defeat of ISIS at Abu Kamal creates an opportunity for the warring parties to hash out their differences and reach an agreement that will put an end to the fighting. There's no doubt that Assad will be asked to make concessions he wouldn't otherwise make to satisfy the objectives of his Russian allies. But Putin does not want Syria to become his Vietnam, he has no intention of using the Russian airforce to recapture every square inch of sovereign Syrian territory. As he's said from the very beginning, his plans involve the annihilation of the terrorist forces operating in the country; nothing more and nothing less. This is why the outcome at Abu Kamal is so important in shaping the agenda. ISIS has been vanquished and the enclaves where the other insurgent groups are currently located, will be part of a wide-ranging mop-up operation that will end the terrorist threat in Syria for good. Security will eventually be reestablished and the government will move on to the arduous task of rebuilding its decimated cities and infrastructure. But first a settlement must be reached.

Later in the week, Putin will meet with leaders from Iran, Turkey and (maybe) Saudi Arabia. The geopolitical interests of all the parties are vastly different but not necessarily irreconcilable. Turkey, for example, might agree to withdraw its troops from Northern Syria if they are given assurances by Putin that the Kurds will not be allowed to set up an independent state on Turkey's southern border. The Kurds might also be willing to settle for something less than "full statehood" if they are allowed sufficient autonomy to operate as a culturally independent entity. The main problem is the United States and its Israeli-Saudi allies who still want to topple Assad, partition the country, and transform Syria into another US garrison state at the heart of the world's largest energy reserves. The defeat of ISIS has not changed Washington's strategic ambitions or its determination to occupy Syria even after the hostilities have ended.

Defense Secretary James "Mad Dog" Mattis has already stated that the US will not leave Syria after ISIS is crushed. Here's what Mattis said at a recent press briefing on November 13:

"We're not just going to walk away right now before the Geneva process has cracked...We're going to make sure we set the conditions for a diplomatic solution...We have to get the UN-brokered effort in Geneva to take this thing forward."

When Mattis was asked to provide the legal justification for the ongoing US occupation of east Syria, he said: "You know, the UN said that ISIS -- basically we can go after ISIS. And we're there to take them out."

Related Topic(s): Assad; Caliphate; Iran; Syria; Vladimir Putin, Add Tags
Add to My Group(s)
Go To Commenting
The views expressed herein are the sole responsibility of the author and do not necessarily reflect those of this website or its editors.