According to the Oxford Dictionary of English, Evil is the antithesis of good--especially what linguist Noam Chomsky declares is the Greater Good. Evil behavior "deprives innocent people of their humanity, from small scale assaults on a person's dignity to out-right murder." Evil is arguably inherent with the efforts being made to assure  failure in public education, by districts like LAUSD, whose notoriously adversarial relationship with teachers denotes the downfall of quality in our community's schools, most of them serving students who are among the working poor majority or already deeply entrenched in the city of lost angels' skid row poverty as it stretches from blocks into miles of dissident souls betrayed by the American Dream. The wanton attack on educators and certain schools, along with the escalation of "business" paradigms counter intuitive to the mission of public education are alarming trends, as teachers passionately note in discourse  and in pro-pedagogy blogs across the nation as well as in Great Britain, Canada and Australia. 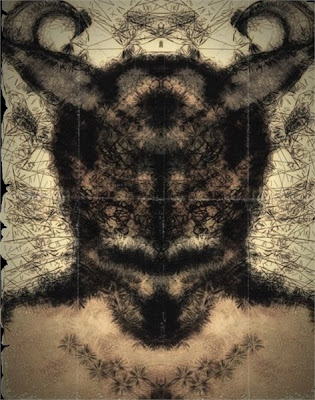 
However, even in light of standardized testing conspiracies and billionaires blurring the lines of Democracy's explicit altruism with potential profits, which provoke covert cost-effective techniques--i.e. increases in class size, cuts to art programs, "teacher cleansing" (not unlike outsourcing and spreading terminal diseases with infected blankets gifted to "savages" in the "new" world), we hesitate to label anything or anyone as "evil"--which psychologists and sociologists suggest is alive and well, thriving    in an unbalanced, unchecked power structure that    articulates yet insulates    itself in aggressive urges to control and exploit others while covering up the truth or misrepresenting it. In the blinding glare of what is explicit, I listened to three of our eloquent colleagues discussing the truth about public education on the radio recently and inclined to defer to binary terms mankind has employed throughout history--- simplistic as those that distinguish light from dark . 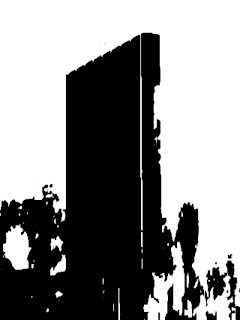 
http://www.perdaily.com/2011/01/kpfk-spends-3-days-showing-the-national-scope-of-lausd-white-chalk-crime.html#more.
In Dr. Scott Peck's pivotal psychological study of evil and how to defend one's self against it , People of the Lie, an explanation of why we resist naming evil accordingly is offered: Evil masters deceit, which serves its need to dominate. This conceals itself effectively;self-deception builds a fortress with layer upon layer of falsehood. Therefore, some of us are inclined to believe them or    even join people of the lie; others    actually become complicit with evil by pretending it does not exist or by making moral compromises, and those of us who defy evil are singled out for petty reprisals that are meant to destroy our lives, a pattern    Peck describes as symptomatic of this post-modern "personality disorder."
"People of the Lie" are evil, which is characterized by:
*Consistent, destructive, scapegoating behavior that may be quite subtle.
http://dailycensored.com/2010/10/08/the-myth-of-the-bad-teacher/
*Excessive, yet clandestine intolerance for criticism--it doesn't matter if it is a scathing editorial, personal opinion or an objective professional evaluation. No constructive use will come from it when narcissistic individuals or groups deflect, dismiss and delay,efficient tactics for avoiding culpability.
http://www.laweekly.com/2010-09-09/news/has-ray-cortines-got-cojones/
*Public image, appearances, posturing and pretenses are used to prop up respectability, which is crucial to the personality disorder's ongoing success. Securing a certain lifestyle and social stability helps thwart hateful feelings and vengeful motives inherently attached to evil's agenda--which is guided and facilitated by self-interest.
http://latimesblogs.latimes.com/lanow/2010/08/a-tearful-nimble-cortines-celebrates-educators-and-vows-to-use-data-to-help-teachers.html
*Devious intellectual character is consistent the with evil's profile. Schizophrenic thought processes will erupt in times of stress, which can make people of the lie especially dangerous. http://www.tnr.com/blog/jonathan-chait/79189/special-ed-teacher-stalked-harrassed-right-wing-creeps
http://www.latimes.com/news/local/la-me-teachers6-2009may06,0,3038809.story
* Peck notes astutely, evil is not limited to criminal or immoral acts like wanton fraud or homicide, "evil is also that which kills spirit" (42).
http://www.narbosa.com/2010/11/sorry-but-jay-mcdowell-abused-his.html
http://www.thefrustratedteacher.com/2010/10/on-public-humiliation-of-teachers.html
Psychologist Erich Fromm's    efforts to design pragmatic humanistic ethics' guidelines--which delineate human behavior by "good"    and "evil"--include an illustration    of what is not ethical:    Evil's need to control discourages others from thinking independently; evil    fosters dependency; it avoids inconvenience caused by unpredictability by oppressing originality,imposing conformity and obedience at the expense of humanity.
http://educononline.com/2009/10/07/schools-kill-curiosity-the-regime-of-conformity-and-obedience/
Karen Horwitz, author of an exhaustive and visionary investigation of corruption in public schools, Stop White Chalk Crime, echoes this insightful observation: a primary function of evil is to enforce complicity, which means witnesses will not report embezzlement, atrocities, or child abuse for fear of being of ostracized or worse.
http://endteacherabuse.org/Aiko.html
Peck asserts: "Lying is both a symptom and a cause of evil."
http://endteacherabuse.org/beliefs.html#Moral
Obviously, Peck points out that group evil is a particular concern because it is "strikingly immoral" in light of the "cover-ups" that allow the guilty to escape unscathed from committing atrocities like the My Lai massacre, Tobacco Industry's malignant misinformation campaigns and, dare I say, the widespread corruption in many public school districts. EducRAT$, profiteers and political pundits, who perpetuate the propaganda about teachers being responsible for the failure of public education, go to great lengths to hide the role administrative incompetence, abuse, fraud, nepotism, cronyism, waste, larceny, and their pervasiveness have in impairing    the success    and values of some students. This is played out in a recent article about a standardized test cheating scandal that nailed over 50 schools in Atlanta when a statistical improbability emerged in the data analysis of scores. While the conspicuousness of the conspicuous scores beg a few questions about the viability of our goals as far as AYP growth is concerned, the injustice whistleblowing teachers continue to suffer despite the veracity of their reports to administration about cheating on campus juxtaposed by the absolute absence of accountability for administrators and officials involved in the scam demonstrates why most of our colleagues are inclined to ignore the unethical, even criminal behavior shamelessly erupting around them.
http://www.ajc.com/news/atlanta/whistle-blowing-teachers-targeted-812369.html
Evil, according to Adam and Balfour(Unmasking Administrative Evil) is "inherent in the human condition." While I am inclined to disagree, overwhelming evidence and experience contradict any doubts I have about the validity of this assertion. Although the language used here, as with Lydia Seigel's creditable research into school corruption, is curiously dispassionate; the unsettling, yet compelling tone tempers the hypothesis on several points--allowing one to comprehend how ordinary "evil" is:
*"Modern technology lends itself to rational approaches to problem solving,"However, Jonathan Swift, using a decidedly self-important and smug member of Britain's "ruling" class as the speaker, has an exceedingly "logical" solution for overpopulation and hunger in timeless satire that provides an extended metaphor for what the English did to the children of the poor Irish in the 19th century.    His black humor clearly apparently anticipates what big business intends to do with poor school children in the 21stcentury, also    using modest proposals--though they lack Swift's literary concessions to figurative language .
http://www.gutenberg.org/files/1080/1080-h/1080-h.htm
http://www.substancenews.net/articles.php?page=1522


*Blatant invitations to commit evil are not usually employed; they are packaged as projects that take form in "expertise and proper language." Programs, professional development, plan, etc. are often, ironically, corrosive efforts. Skim this LAUSD Ethics office proposal from 2006; note in the next link the latest scandals involving    contractor kickbacks and malaise in the way the district does business
*In organizations people engage in "patterns and activities that result in evil" because they are unaware this is what they are doing.As we can identify at LAUSD and other districts, 'moral inversion" is enabled by public policy, contractual concessions, legislation and social codes that contradict ethical comportment.Without oversight and accountability, there is no imperative to be "ethical", much less    legal. This also takes shape in inflexibility like LAUSD leaders moving forward with RFK in 2006 (or other poorly planned projects), despite slipping enrollment, an uncertain economy and hundreds of campuses in desperate need of refurbishment.
http://www.csmonitor.com/USA/Education/2010/0824/How-does-a-578-million-school-get-built-amid-cuts-layoffs-in-L.A.
http://www.nsbn.org/case/regulatory/lausd.pdf
*"Evil wears many masks" in administrative duty, because positions of public service are often inclined to do great evil within the parameters of its ethical codes without realizing this is the case until it is too late.
Much of the data in this composition--most notably the term "evil"-- has been paraphrased and quoted from Breaking the Silence,  a ground breaking Corwin Press publication ATLAS (Alliance for Teaching, Leadership, and School Improvement) professors and researchers   at CSULA wrote to lay the foundation for    empirical, scientific research into school-level micro-politics. The long-term patterns of principals' abuse of teachers arean issue many teacher advocates/activists say is the catalyst for the early demise of distinguished careers, an assertion Blase' and Blase' confirm and site as "a common problem that has alarmingly destructive effects on teachers as professionals and as people; one that reaches directly into classrooms to drastically undermine and even destroy. . .effective instruction and student learning" (1).These experts provide    a cogent text explicating the mistreatment of teachers, a "phenomenon," Gary L. Anderson states, " is robbing education of many of its brightest, most competent teachers" ( Blase' xiv).

art soldier embarrorist poet Activist and Advocate for students, teachers, community Former college instructor, high school teacher in the hood Subversive
Related Topic(s): Education; Evil; Propaganda, Add Tags
Add to My Group(s)
Go To Commenting
The views expressed herein are the sole responsibility of the author and do not necessarily reflect those of this website or its editors.

Might Makes Right When Veiwing LAUSD and California Nepotism ...or does it?