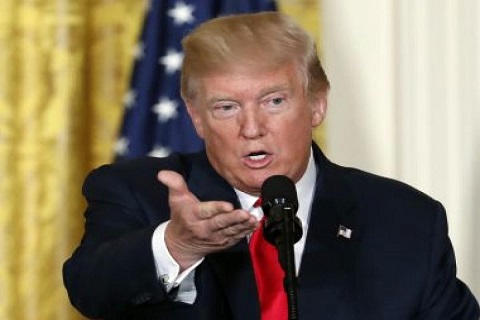 From what historians tell us about the Roman emperor Claudius, the ruler of the Roman Empire from 41 to 54 AD, he was intent on expanding the imperial borders to include the annexation of Britain, Judea, Thrace, Noricum, Lycia, and Mauretania, but was beset with problems at home and with his own rather unusual personality and quirks. According to Seneca the Younger, Claudius had an annoying voice and small weak hands. When Claudius became excited and lost his temper, he reputedly exhibited signs of what would many centuries later be called Tourette syndrome. Claudius, known as a womanizer and who was married three times, was also fond of gladiator duels and executions. The emperor was also suffered from extreme paranoia and believed there were conspiratorial plots afoot against him. Several senators were executed after the emperor fingered them as potential plotters against his rule.

Claudius also heavily interfered with the judiciary, often involving himself in specific legal cases. He took over the role of censor, the powerful judicial authority who had control over the census, public morality, and government finances. Claudius maintained a virtual veto over all other Roman magistrates.

Claudius also issued numerous edicts, sometimes as many as twenty per day. The edicts were the "tweets" of that era. They dealt with everything from promoting yew juice as a cure for snakebite and, according to some historical tracts, permitting public flatulence in order to maintain good health. One of Claudius's fondest pursuits was engaging in opulent feasts, at which gluttony and drunkenness was the rule of the day. Seneca the Younger wrote that the very last deed of the dying Claudius, whose gluttonous ways resulted in his having severe intestinal problems, was to make a failed attempt to pass wind.

The emperor championed major public works projects, including canals and tunnels. Although construction would fall to a later emperor, Hadrian, Claudius, as the Roman conqueror of Britain, realized that a fortification had to be established between the Roman province of Britannia and the restive Celts of Scotland. Under Hadrian, a 73-mile wall was constructed between the Roman possessions in Britain and the "barbarians" of the north.

Claudius relied on Roman soothsayers to guide his decision-making. These soothsayers, known as haruspices, had been in existence since the pre-Roman Etruscan era.

The foibles and peculiarities of Claudius were likely known far beyond the Roman Empire and its tributary states. One of the missions of diplomatic and military emissaries were to provide intelligence on the emperors and kings of powerful entities. Therefore, leaders as far away as China, Parthia (modern Iran), Araba (modern northern Iraq), Dacia (modern Romania and Moldova), Quadi (modern Moravia), Divi and Serendivi (modern Maldives and Sri Lanka, respectively), Cerobothra (modern Kerala and Tamil Nadu), Aksum (modern Ethiopia), and other kingdoms in Asia, Africa, and northern Europe.

Donald Trump exhibits many of the traits of Claudius. Trump revels in banquets at his Mar-a-Lago estate in Palm Beach, Florida, the abode of billionaires. Trump's gluttony, infidelity, fits of rage and frequent inability to pronounce words, crudeness (as exhibited by his recent re-tweeting of a YouTube fart joke video), fanciful projects like the U.S.-Mexico border wall, the U.S. Space Force, ignoring the legislature and judiciary, reliance on "soothsayers" at Fox News, issuing daily "edicts" via Twitter, and interference with public finances, immigration, and the census would have all been cheered on by Claudius.

Like Claudius, Trump has become the laughingstock of the world, regardless of whether he commands a sizable military force armed with nuclear weapons. At the recent Munich Security Conference, Trump's emissary, Secretary of State Mike Pompeo, himself a clownish ideological doppelganger of the U.S. president, gave a speech that earned not one second of applause from the audience of world leaders, diplomats, and military officers.

It is one thing to steer the United States away from what President George Washington warned the young country against in his Farewell Address: "a permanent alliance with any portion of the foreign world." Washington's sentiment was echoed by President Thomas Jefferson in his presidential inaugural address, in which Jefferson called for "Peace, commerce, and honest friendship with all nations-entangling alliances with none." Washington and Jefferson were students of classical history, so the idiosyncrasies of Claudius would have been well known to them. Both presidents would have been aghast at their successor, Trump, slamming down the telephones on at least two foreign leaders, Prime Minister Boris Johnson and former Australian Prime Minister Malcolm Turnbull.

To be sure, every foreign ministry and intelligence agency in the world have collected requisite information on Mr. Trump and the less-than-stellar members of his administration. World leaders likely peruse such information with a combination of amusement and bewilderment, just as ambassadors and emissaries reported on the antics of Emperor Claudius to their kings and emperors.

Historians of the future will undoubtedly write about the scene at the 2019 NATO summit at Buckingham Palace in London, at which Johnson, Canadian Prime Minister Justin Trudeau, French President Emmanuel Macron, and Netherlands Prime Minister Mark Rutte, and British Princess Anne were caught on video laughing about Trump's latest faux pas, a long and drawn out Trump press conference with Macron that ran late because Trump was jabbering on about meaningless drivel.