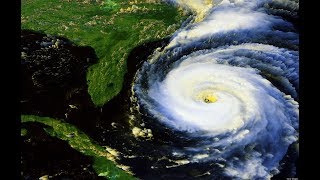 The catastrophic impact of Hurricane Harvey in southeast Texas and the unfolding disaster of Hurricane Irma in south Florida are ruthlessly objective tests of the ability of America's ruling elite to manage the affairs of society. By any reasonable standard, the capitalist class has failed, and failed miserably.

Two weeks after the Texas Gulf Coast was devastated by Harvey, millions of people are seeking to rebuild their lives with minimal social assistance. Hundreds of thousands of homes were damaged or destroyed, one million cars rendered inoperable, countless schools and other public facilities flooded and likely ruined beyond repair. At least 22 people are missing, most now presumed dead, on top of the more than 70 deaths officially acknowledged.

To address the costliest natural disaster in American history -- at least until the toll of Hurricane Irma is tallied -- with damage estimates approaching $200 billion, the Trump administration and Congress have approved a derisory $15 billion in federal assistance, ratified by the House of Representatives Friday.

The bulk of this money goes to the Federal Emergency Management Agency, which doles out funds limited to $30,000 per family, through a nearly impenetrable bureaucratic process in which the victims of the storm will be treated like criminals or con-men. Other funding is routed through the Small Business Administration, in the form of loans that those driven from their homes by the hurricane will be hard-pressed to repay.

Hurricane Irma is even more powerful than Harvey. The storm has already laid waste to several of the Lesser Antilles and to the Turks and Caicos Islands, as well as battering Puerto Rico, the Dominican Republic, Haiti and Cuba. Irma began passing the Bahamas on Friday and is scheduled to make landfall somewhere in south Florida on Sunday afternoon.

Hurricane Irma is the most powerful storm ever recorded on this planet, with the most "accumulated cyclone energy," one measure of overall intensity. It has sustained maximum wind speeds of at least 180 miles per hour for 37 hours, longer than any previous storm. Its size is vast: twice the extent of Hurricane Andrew, which devastated south Florida in 1992. The storm is so large that it is wider than the Florida peninsula itself, raising the possibility of simultaneous storm surges on both the Gulf Coast and the Atlantic Coast, an unheard-of phenomenon.

A lethal threat faces one of the most densely populated areas in the United States. But the response of local, state and federal officials has been to tell the potential victims of Irma: "You're on your own." This was the theme of several press conferences and briefings on Friday, as government officials told some six million people in south Florida to leave the region if possible, or else go to hurricane shelters.

These shelters are entirely inadequate -- some sizeable cities, like Ft. Myers on the Gulf coast, have none. They are unavailable to many poor and working-class residents. The Coalition for Racial Justice complained that Miami-Dade's shelters are open only in wealthy areas, a more than 30-minute drive from the city's poorer neighborhoods.

Mandatory evacuations have been ordered for the Florida Keys, for Miami Beach and much of Miami-Dade, the state's largest metropolitan area, as well as portions of Broward and Palm Beach counties and much of the southwestern corner of the state as well. Combined, they are the largest mandatory evacuation in US history, leaving all highways north completely jammed with traffic. Most gas stations have run out of supplies, leaving many residents stranded in their cars as the hurricane approaches.

The most basic measures to ensure that people can leave have not been taken, such as a mass coordination of free rail, bus and airplane transportation. Many of those leaving have no idea where they will stay, as hundreds of thousands attempt to find accommodations on the route north. Many are stuck at the airport, with no open flights and all shelters filled.

The Trump administration "prepared" for the one-two punch of Harvey and Irma by proposing to slash spending on FEMA and other relief and disaster management agencies, to say nothing of its war against climate science, waged on behalf of the oil, gas and coal producers and other big industrial polluters.

Even the succession of hurricanes -- with Jose and Katia lined up to follow Harvey and Irma, four giant storms in only three weeks, fueled by ocean waters now at an unprecedented temperature of 90 degrees Fahrenheit -- has not produced any rethinking by the know-nothings of the Trump administration. The unending stream of disasters proves the reality of climate change -- to which one must add the fires raging on the US West Coast and the floods that have devastated South Asia -- demonstrating the inability of the ruling classes of all countries to take any serious measures to address the growing threat.

EPA administrator Scott Pruitt, a notorious global warming denier, denounced any discussion of climate change as "very, very insensitive" to the people of Florida. "To have any kind of focus on the cause and effect of the storm, versus helping people, or actually facing the effect of the storm, is misplaced," he argued.

By the same logic, any discussion of plate tectonics or seismic faults should be banned during an earthquake, nor should there be any analysis of El Nino wind effects during wildfire season. Nuclear physics would be off-limits during a reactor meltdown. And, we might add, there could be no discussion of the economic laws of capitalism during a meltdown of the financial markets.

Patrick Martin writes for the World Socialist Website (wsws.org), a forum for socialist ideas & analysis & published by the International Committee of the Fourth International (ICFI).
Related Topic(s): Climate; Disasters; FEMA; Hurricanes; Political Scientists, Add Tags
Add to My Group(s)
Go To Commenting
The views expressed herein are the sole responsibility of the author and do not necessarily reflect those of this website or its editors.