Through grade school, high school, and college, this Catholic boy averaged mass and communion about five times a week.

Then this sophisticatedly advertised program, called the Peace Corps, lured this innocent boy into Urban Community Development (UCD) service in the slums of Mumbai, India in the late '60s.

Looking back with great acuity, I'm pretty sure the government's devious purpose was to have me begin worshiping "false gods."

These false gods were often hosed snakes - coiled to strike, tin-shaped rectangles - that squirted, contrite ceramic open faces -- with knobs. The Peace Corps' taxpayer-sponsored purgatory brainwashed me to genuflect before these "false gods" even to this day. 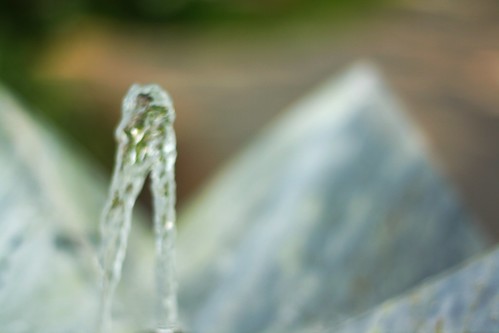 At least five times a day, facing in any direction, I prayed and communed with them by swigging, showering, washing, peeing, and flushing.

In 2016 I had a cruising reunion with my UCD group and concluded they too had been brainwashed into acquiring the habit of genuflecting to these false gods.

We ploughed up Alaska's inner passage on our 965' Norwegian Jewel with its 1000 member staff and 1500+ cruisers spewing a gallon of fuel oil a second as we passed Ketchikan, Juneau, Sitka, Skagway, etc.

Sitka, where two American companies have purchased the rights to transfer 3 billion gallons of water a year from Sitka's Blue Lake reservoir that holds trillions of gallons of water and tank it to a water-processing factory they are constructing in Mumbai, where four decades before Flint our UCD group acquired Flintish tastes...

The Norwegian Jewel provided plenty of water around us and on board. Plenty of Indian staff were among the 1000 attendants, who smiled throughout their long days and made us comfortable.

But the glaciers around us and those we helicoptered down to were uncomfortably frowning as they dramatically shrunk from what they were 20 years ago, with cutting blue rivulets of tears flushing what used to be virgin ice into the salty sea.

Fellow UCD PCVers' Barry and Gretchen lived in the Chandanwadi Municipal Chawls in then Bombay. One day they went to the water director for the area with a brownish jar of tap water with some things squiggling in it. The director took the jar of water from Barry and Gretchen's side of the desk, looked it over, placed it on the table beside him, and said something like, "It is nothing. It is nothing. It will be no problem."

Maryland and Marby lived in the government-built Shivdi Chawls. Rolling thunder in their walls alerted them that water was about to roll through their building, prompting them to run to their room's hosed single pipe under which their buckets were lined up. There they would alternate "Sucking on the hose," hoping to prime some water into their room rather than their neighbors, who had lowered their pipes to pull more water. When fellow PCV Mike Ladd would visit, he would cheer them on with chants of "Suck the hose! Suck the hose!"

If they missed siphoning some rumbling, rolling water, they would often have to wait several days for the next quenching, rolling thunder.