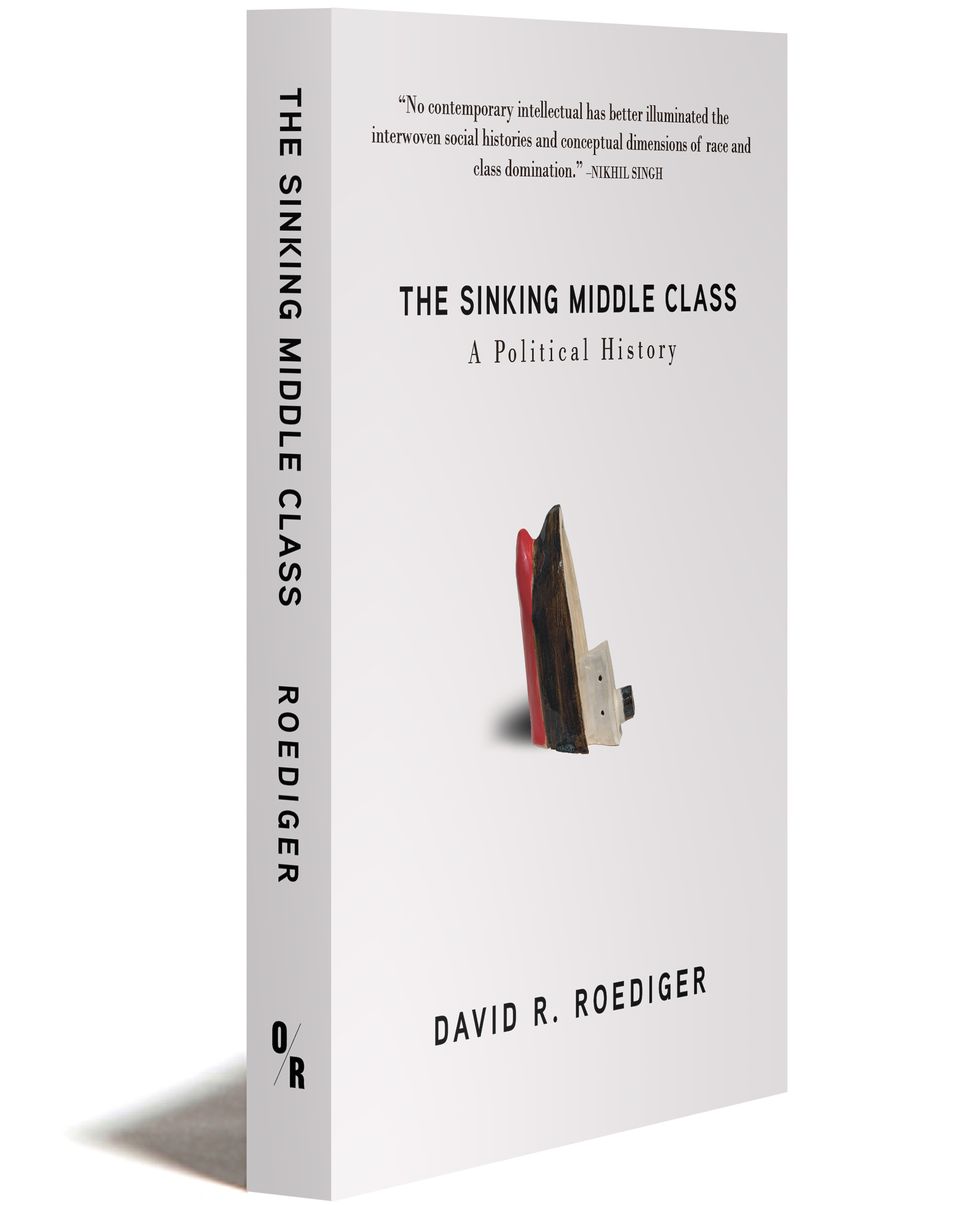 The world is too much with us; late and soon,

Getting and spending, we lay waste our powers;-

Little we see in Nature that is ours;

We have given our hearts away, a sordid boon!

- William Wordsworth, "The World Is Too Much With Us"

To Hell with the Middle Class!

Oh, wait. They're already there. At least that's what David Roediger argues in his new book The Sinking Middle Class: A Political History. There is no there there worth saving. F*ck it.

What is it even? One minute it's this, another minute it's that. Did you ever notice, all couched up on the sofa watching Titanic, that there's all kinds of talk of the upper classes in the upper berths and the lower classes in the lower earths, blueblood English atop and Derry brogues below, but there's no sign or mention of the middle class. It's like there isn't one on the ship. Unless it was supposed to be hungry artist Leo and slumming romancer Kate coming and coming together, all compromised midship.

Or, maybe the middle class is, like, Dylan sitting at home watching the movie, inspired to write a song about it, that doesn't mention the 1% or the 99% or any percent of class at all. F*ck, he doesn't even mention the iceberg. Or maybe the middle class is the viewer, the disappearing act between, a kind of choral commentator on the real action, a buffer between the Haves and Nots, sinking in the Corinthian leather sofa bought on credit at a 22% interest rate, while some generic ship-of-state sinks into the nameless sea.

Related Topic(s): America; Consultants; Credit; Deplorables; Living Wage; Middle Class; People; Revolution; Work, Add Tags
Add to My Group(s)
Go To Commenting
The views expressed herein are the sole responsibility of the author and do not necessarily reflect those of this website or its editors.