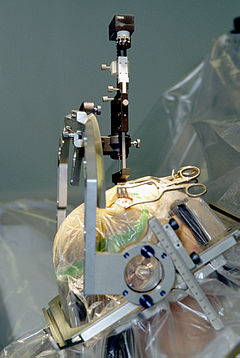 I have been trying to thoroughly pin down solid medical commentaries on Biden's gaffes, and exhaustive internet research has produced some alarming neurological conclusions. If you want to throw out as "partisan malarkey" what neurosurgeons and ophthalmologists think as quoted in The New York Times, American Thinker, Washington Examiner, or Breitbart, well, so be it. Don't bother reading this article and just continue sweeping such concerns under the rug, as seems to be the norm throughout most of the Democratic National Committee over the past year.

The horrifying fact is that the mainstream media is not covering these matters at all. Only a few of left leaning media are talking about these concerns, like Krystal Ball Rising or in the Nation, a columnist here and there, especially in other nations like Japan and Australia, and in the highly respectable UK publications like the Guardian and the Daily Mail, but not even many of these are specifically asking physicians to weigh in. I have made inquiries of several MD's that I know, asking their thoughts and analysis, and haven't heard back much that would be substantive.

I did headline an article last week here at OpEdNews with a quote from Harvard MD Jill Stein, that these questions about cognitive decline constituted the biggest political risk, and that they "weren't going to go away."

In the international press, Ted Rall noted in a column in the Japan Times last week:

Now Democrats are conspiring to gaslight the American people by engineering the presidential election of a man clearly suffering from dementia, Joe Biden. This is no time to be "polite." We are talking about the presidency. As always, we need a frank, intelligent discussion and debate about the issues and the candidates. It is perfectly fair to talk about Bernie Sanders' heart attack as well as Biden's and Trump's mental acuity. Contrary to current ridiculous Democratic talking points, it is not ageist to point this out.

"Sky News host Rita Panahi says "no matter how hard the Democrats and their allies in the media try, Biden's cognitive issues can no longer be ignored"

Joe Biden's status as the frontrunner in the Democratic presidential race highlights the party's hypocrisy when it comes to striking down Donald Trump, Outsiders host Rita Panahi says.

From a detailed 2019 Washington Examiner article:

At the time of Biden's brush with death in 1988, his wife, Jill Biden, feared that he would never be the same. In a her autobiography, "Where the Light Enters," Jill recounts Joe's doctor telling the family that there was a significant chance he'd have permanent neurological damage, particularly after he suffered a second aneurysm, a condition in which an artery becomes weak and bulges out.

"Our doctor told us there was a 50-50 chance Joe wouldn't survive surgery. He also said that it was even more likely that Joe would have permanent brain damage if he survived. And if any part of his brain would be adversely affected, it would be the area that governed speech."

Related Topic(s): Brian Joondeph Md Ophthalmology; Joe Biden Cognitive Decline Swept Under The Rug; Krystal Ball Political Analyst For The Hill; Washington Examiner, Add Tags
Add to My Group(s)
Go To Commenting
The views expressed herein are the sole responsibility of the author and do not necessarily reflect those of this website or its editors.