Why have there so far been no socialist revolutions in the core imperialist countries, apart from the formation of a now dismantled socialist republic in eastern Germany? Because since the onset of capitalism and colonialism, the capitalist ruling class has kept the masses within these countries complacent by letting them share in the spoils of empire.

As J. Sakai explains in Settlers: The Mythology of the White Proletariat, the worldview that these pro-capitalist residents of the imperial core have is defined by a desire to defend and expand the gains they've received from this imperialist arrangement. He writes: "What was the essence of the ideology of white labor? Petit-bourgeois annexationism. Lenin pointed out in the great debates on the National Question that the heart of national oppression is annexation of the territory of the oppressed nation(s) by the oppressor nation."

This alignment in interests with the empire's ruling class applies both to the settler masses of colonialist countries like the U.S. and Australia, and to the relatively comfortable middle classes within European countries like Britain and France. In all of these places, society's wealth has been built off of centuries of slavery, stealing of foreign natural resources, and corporate exploitation of labor in the Global South. So even if the working classes within the imperialist countries have been experiencing economic deprivation and exploitation at the hands of the capitalist class, it's been easy to persuade many of them to stay loyal to their existing governments out of a desire to keep their relative comforts.

So is the reasoning of the modern Americans who have been fine with their government's recent orchestration of a fascist coup in Bolivia, and who would be glad if Trump carries out a regime change operation in Venezuela. The annexationist logic, the desire to grow the empire's territory so that more stolen wealth can trickle down to the empire's residents, is at play during imperialist regime change propaganda campaigns like these ones. 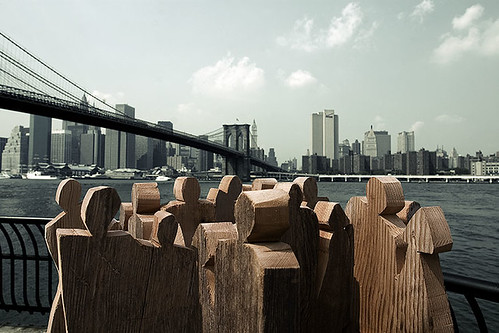 When the imperialist propagandists try to manufacture consent for a regime change war or a pro-U.S. neoliberal coup, they may use language about "democracy" and "human rights." But aside from all the accusations of dictatorship and claims of atrocities which are used in these propaganda campaigns, the people of the imperial core are also compelled by the prospect of material gains for themselves as a result of the empire expanding its control into the targeted country. Even to those who wholeheartedly buy into the narratives about how the U.S. is carrying out regime change for "humanitarian" reasons, it's apparent that the installation of a new Washington-aligned regime will help U.S. capitalism.

And if someone views the advancement of U.S. capitalist interests as synonymous with improved material conditions for the empire's citizens-as American rightists very much tend to believe-then this will further fuel their desire for the next U.S. coup or war. These rightists would also certainly prefer regime change over the targeted country's resources and productive forces benefiting the Iran/Russia/China geopolitical camp, which has close economic ties to U.S. regime change targets like Venezuela and Cuba.

Such is the persuasion strategy of empire-loving media outlets like the Miami Herald, whose editor Andres Oppenheimer wrote a headline last month which warned that "Bolivia elections could return it to Venezuela-Cuba-Iran bloc. That would be a tragedy." The ruling class is using modern American anxieties about the U.S. losing out to rival powers like Iran, along with the centuries-old American desires to grow the empire's wealth through annexation, to get Americans behind whatever interventions the U.S. orchestrates next in Bolivia. The same will be the case when they try to force through neoliberal power grabs in Venezuela and Nicaragua, the latter of which the U.S. already has a new coup plan for.

Such has been the way of things within the settler-colonial empire since its inception: rather than overthrow their country's capitalist state, the masses remain loyal to it in the hope that they'll receive more of the gains of empire. What could break this cycle is for the empire to collapse, and for the contradictions of capitalism to get so severe that the potential for a successful revolutionary movement emerges.

Related Topic(s): Capitalism; Coup; Exploitation; State; Trump; Venezuela, Add Tags
Add to My Group(s)
Go To Commenting
The views expressed herein are the sole responsibility of the author and do not necessarily reflect those of this website or its editors.