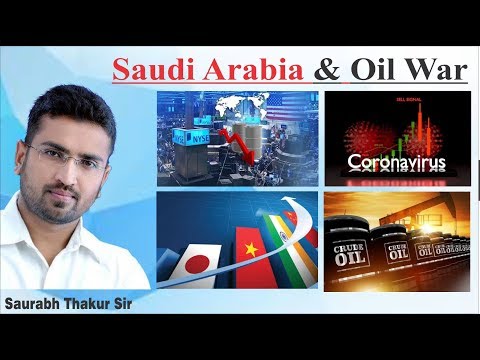 Is the planet under the spell of a pair of black swans -- a Wall Street meltdown, caused by an alleged oil war between Russia and the House of Saud, plus the uncontrolled spread of Covid-19 leading to an all-out "cross-asset pandemonium" as billed by Nomura?

Or, as German analyst Peter Spengler suggests, whatever the averted climax in the Strait of Hormuz has not brought about so far "might now come through market forces"?

Let's start with what really happened after five hours of relatively polite discussions last Friday in Vienna. What turned into a de facto OPEC+ meltdown was quite the game-changing plot twist.

OPEC+ includes Russia, Kazakhstan and Azerbaijan. Essentially, after enduring years of OPEC price-fixing the result of relentless US pressure over Saudi Arabia while patiently rebuilding its foreign exchange reserves, Moscow saw the perfect window of opportunity to strike, targeting the US shale industry.

Shares of some of these US producers plunged as much as 50% on "Black Monday." They simply cannot survive with a barrel of oil in the $30s and that's where this is going. After all these companies are drowning in debt.

A $30 barrel of oil has to be seen as a precious gift/stimulus package for a global economy in turmoil especially from the point of view of oil importers and consumers. This is what Russia made possible.

And the stimulus may last for a while. Russia's National Wealth Fund has made it clear it has enough reserves (over $150 billion) to cover a budget deficit from six to 10 years even with oil at $25 a barrel. Goldman Sachs has already gamed a possible Brent crude at $20 a barrel.

As Persian Gulf traders stress, the key to what is perceived in the US as an "oil war" between Moscow and Riyadh is mostly about derivatives. Essentially, banks won't be able to pay those speculators who hold derivative insurance against a steep decline in the price of oil. Added stress comes from traders panicking with Covid-19 spreading across nations that are visibly unprepared to deal with it.

Moscow must have gamed beforehand that Russian stocks traded in London such as Gazprom, Rosneft, Novatek and Gazprom Neft would collapse. According to Lukoil's co-owner Leonid Fedun, Russia may lose up to $150 million a day from now on. The question is for how long this will be acceptable.

Still, from the beginning Rosneft's position was that for Russia, the deal with OPEC+ was "meaningless" and only "cleared the way" for American shale oil.

The consensus among Russian energy giants was that the current market setup massive "negative oil demand,"positive "supply shock" and no swing producer inevitably had to crash the price of oil. They were watching, helplessly, as the US was already selling oil for a lower price than OPEC.

Moscow's move against the US fracking industry was payback for the Trump administration messing with Nord Stream 2. The inevitable, steep devaluation of the ruble was gamed.

Still, what happened post-Vienna essentially has little to do with a Russia-Saudi trade war. The Russian Energy Ministry is phlegmatic: Move on, nothing to see here. Riyadh, significantly, has been emitting signs the OPEC+ deal may be back in the cards in the near future. A feasible scenario is that this sort of shock therapy will go on until 2022, and then Russia and OPEC will be back to the table to work out a new deal.

Related Topic(s): Black Panther Party; King Salman Of Saudi Arabia; OPEC; Oil; Russia; Russia And Us Conflict, Add Tags
Add to My Group(s)
Go To Commenting
The views expressed herein are the sole responsibility of the author and do not necessarily reflect those of this website or its editors.