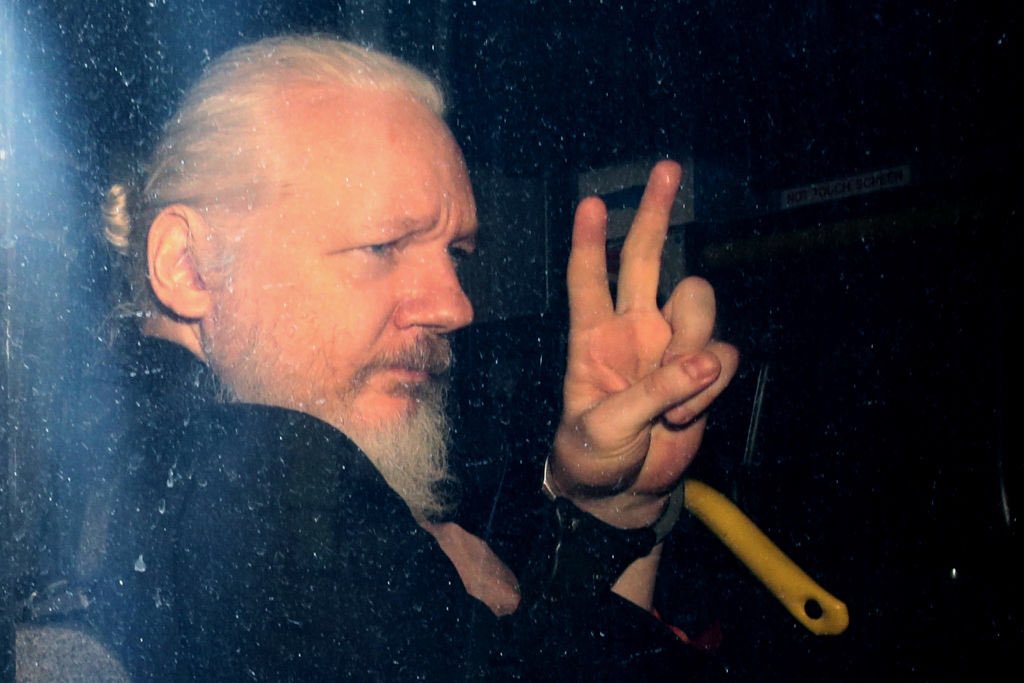 Julian Assange sits in a jail cell today after being betrayed by the Ecuadorian government and his home country of Australia. A British judge named Michael Snow has found the WikiLeaks founder guilty of violating bail conditions, inserting himself into the annals of history by labeling Assange "a narcissist who cannot get beyond his own selfish interest." So that tells you how much of a fair and impartial legal proceeding we can expect to see from the British judicial process on this matter.

But the real reason that Assange has been surrendered by the Ecuadorian government, imprisoned by the British government, and ignored by the Australian government is not directly related to any of those governments, but to that of the United States of America. An unsealed indictment from the Trump administration's District Court for the Eastern District of Virginia, accompanied by an extradition request, charges Assange with "conspiracy to commit computer intrusion for agreeing to break a password to a classified U.S. government computer" during Chelsea Manning's 2010 leak of government documents exposing US war crimes.

This charge is premised on a fraudulent and manipulative distortion of reality, and you may be one hundred percent certain of it. Let me explain.

You can be absolutely certain that this charge is bogus because it isn't based on any new information. The facts of the case have not changed, the information hasn't changed, only the narrative has changed. In 2010 the United States opened a secret grand jury in Virginia to investigate whether Assange and WikiLeaks could be prosecuted for the publication of the Manning leaks, and then-Attorney General Eric Holder announced that the Obama administration was conducting "an active, ongoing criminal investigation'' into the matter. The Trump administration has not turned up any new evidence that the Obama administration was unable to find in this active, ongoing criminal investigation (US government surveillance has surely acquired some new tricks since 2010, but time travel isn't one of them), and indeed it does not claim to have turned up any new evidence.

There's a huge myth being misreported about today's indictment of Assange. The claim that Assange tried to help Manning circumvent a password to cover her tracks isn't new. The Obama DOJ knew about it since 2011, but chose not to prosecute him. Story on this soon.

"There's a huge myth being misreported about today's indictment of Assange," journalist Glenn Greenwald tweeted today. "The claim that Assange tried to help Manning circumvent a password to cover her tracks isn't new. The Obama DOJ knew about it since 2011, but chose not to prosecute him. Story on this soon."

"Holder chose not to prosecute Assange based on the same info Trump DOJ cited," Greenwald added.

"The weakness of the US charge against Assange is shocking," tweeted NSA whistleblower Edward Snowden. "The allegation he tried (and failed?) to help crack a password during their world-famous reporting has been public for nearly a decade: it is the count Obama's DOJ refused to charge, saying it endangered journalism."

This is all information that the Obama administration had access to (journalist Tim Shorrock observed that the alleged 2010 correspondence between Assange and Manning "looks like it came straight from NSA surveillance" of the two), yet it chose not to do what the Trump administration is currently doing because it would endanger press freedoms. This means that nothing has changed since that time besides (A) the fact that there is now a more overtly tyrannical administration in place, and (B) the fact that the public has been paced into accepting the prosecution of Assange by years of establishment propaganda.

Last year, after it was revealed that the Trump administration was seeking Assange's arrest, Greenwald wrote the following:

"The Obama DOJ despite launching notoriously aggressive attacks on press freedoms recognized this critical principle when it came to WikiLeaks. It spent years exploring whether it could criminally charge Assange and WikiLeaks for publishing classified information. It ultimately decided it would not do so, and could not do so, consistent with the press freedom guarantee of the First Amendment. After all, the Obama DOJ concluded, such a prosecution would pose a severe threat to press freedom because there would be no way to prosecute Assange for publishing classified documents without also prosecuting the New York Times, the Washington Post, the Guardian and others for doing exactly the same thing."

The weakness of the US charge against Assange is shocking. The allegation he tried (and failed?) to help crack a password during their world-famous reporting has been public for nearly a decade: it is the count Obama's DOJ refused to charge, saying it endangered journalism.

Related Topic(s): Arrest; Charged; Extradition; Julian Assange Martyr; Manning; Whistleblower; Wikileaks, Add Tags
Add to My Group(s)
Go To Commenting
The views expressed herein are the sole responsibility of the author and do not necessarily reflect those of this website or its editors.