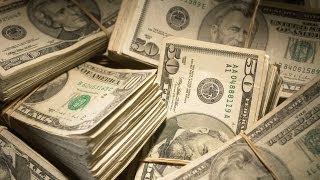 The Wealthiest Billionaires in the World.
(Image by YouTube, Channel: The Young Turks)   Details   DMCA

We have a great deal of statistical data, in America today, about the economic circumstances of Americans who live in poverty. We know far less, by contrast, about Americans who live amid great wealth. And much of what we do know, suggests a revealing new study, turns out to be wrong.

What are these conventional analyses not taking into account? A simple reality of our deeply unequal age: Extravagantly wealthy people cheat on their taxes. Regularly. Extravagantly, too. Our super rich are stashing vast chunks of their personal fortunes in offshore tax havens, generating billions annually in new income that to their governments goes unseen and untaxed.

Just how enormous has this tax evasion by the super rich become? University of California-Berkeley economist Gabriel Zucman and his Scandinavian colleagues Annette Alstadsæter and Niels Johannesen calculate in a just-published American Economic Review paper that offshore tax havens are enabling our world's richest 0.01 percent to evade 25 percent of the income taxes they ought to be paying.

The holdings of this wealthiest one-hundredth of 1 percent, the three researchers relate, make up about 50 percent of the overall assets parked in tax havens. The super rich are using these havens, add Zucman and his colleagues, to conceal about 40 percent of their total personal fortunes.

The most recent Federal Reserve Board figures on U.S. inequality, released this past March, put the top 1 percent's share of American personal wealth at 32 percent, up from 23 percent in 1989. Other estimates place the top 1 percent share closer to 40 percent. But with the new calculations from Zucman and his colleagues, the Institute on Taxation and Economic Policy's Matthew Gardner reflects, even this 40 percent estimate could well be a distinctly "low-ball number."

But can we trust the numbers from the Zucman team? After all, how could a mere trio of researchers unearth hidden fortunes that the super rich spend big bucks to keep hidden? These three particular researchers had some unconventional assistance.

Over recent years, whistleblowers at some of the private banks and legal firms that cater to wealthy tax evaders remember the "Panama Papers"? have exposed vast stores of financial records that document the daily nitty-gritty of tax-evading transactions. The Zucman team tapped these records.

Additional tax-evasion records have come from the "tax amnesties" that a number of governments extended to tax cheats during the 2008-2009 financial crisis. To qualify for the amnesties, evaders had to fess up to the tax-time games they were playing.

Zucman and his colleagues also enlisted some indispensable cooperation from tax officials in Norway, Sweden, and Denmark. This help enabled them, as one admirer notes, to match up the whistleblower data they had collected with tax records "to map out the frequency of tax avoidance, by income level, among residents of Scandinavian countries."

Super-rich households in Scandinavia, all this scholarly sleuthing revealed, are evading five times more of the taxes they owe than all the rest of Scandinavians.

"Do our findings apply to other countries?" the Zucman team asks in its new paper. "We certainly do not claim that our estimates of evasion by wealth group in Scandinavia hold everywhere as a universal law. We note, however, that there is nothing unique to Scandinavia that could explain the high evasion rates we find at the top."

In fact, given powerful cultural norms in Scandinavia that encourage respect for the rule of law, the researchers believe that levels of tax evasion by the wealthy "may be even higher elsewhere" in the world.

How deep could that evading run among America's super rich? U.S. tax officials have made some attempts in the past to estimate evasion rates. The latest IRS stats on tax evasion from a 2016 report covered the tax years from 2008 through 2010. They showed a $406-billion "tax gap" between what taxpayers owed Uncle Sam and what they actually paid.

Related Topic(s): Economic; Inequality; Millionaires; Poverty; Taxes, Add Tags
Add to My Group(s)
Go To Commenting
The views expressed herein are the sole responsibility of the author and do not necessarily reflect those of this website or its editors.