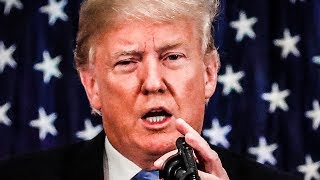 Donald Trump Has Cheated His Way Through His Entire Life. It is no secret that Donald Trump likes to cheat.
(Image by YouTube, Channel: The Ring of Fire)   Details   DMCA

Why didn't Boeing do it right? Why isn't Facebook protecting user passwords? Why is Phillip Morris allowed to promote vaping? Why hasn't Wells Fargo reformed itself? Why hasn't Monsanto (now owned by Bayer) recalled its Roundup weed killer?

These are just a few of the examples in the news these days of corporate harms inflicted on innocent people.

To be sure, some began before the Trump administration. But Trump and his appointees have unambiguously signaled to corporations that they can now do as they please.

Boeing wanted to get its 737 Max 8 out quickly because airlines want to pack in more passengers at lower fuel costs (hence the "max"). But neither Boeing nor the airlines shelled out money to adequately train pilots on the new software made necessary by the new design.

Nonetheless, Trump's Federal Aviation Administration certified the plane in March 2017. And after two subsequent deadly crashes, the United States was slower to ground the planes than other countries.

Last month, Facebook admitted to storing hundreds of millions of Facebook users' passwords in plain text that could be searched by more than 20,000 Facebook employees. The admission came just a year after the Cambridge Analytica scandal revealed that Facebook shared the personal data of as many as 87 million users with a political data firm.

In reality, Facebook's business model is based on giving personal data to advertisers so they can tailor their pitches precisely to potential customers. So, despite repeated reassurances by Facebook CEO Mark Zuckerberg, the firm will continue to do what it wants with personal information.

The Federal Trade Commission has the power to force Facebook to better guard users' privacy. But so far Trump's FTC has done nothing not even to enforce a 2011 agreement in which Facebook promised to do just that.

Altria (Phillip Morris) was losing ground on its sales of cigarettes, but the firm has recently found a future in vaping. Because inhaling nicotine in any form poses a health hazard, FDA Commissioner Scott Gottlieb wanted to curb advertising of vaping products to teenagers.

Gottlieb thought he had Altria's agreement, but then the firm bought a major stake in the vaping company Juul of San Francisco. Its stock has already gained 14 percent this year. What happened to Gottlieb? He's out at the FDA, after less than two years on the job.

Wells Fargo has publicly apologized for having deceived customers with fake bank accounts, unwarranted fees and unwanted products. Its top executives say they have eliminated the aggressive sales targets that were responsible for the fraud.

But Wells Fargo employees told the New York Times recently that they're still under heavy pressure to squeeze extra money out of customers. Some have witnessed colleagues bending or breaking internal rules to meet ambitious performance goals.

What has Trump's Consumer Financial Protection Agency done about this? Nothing. It's been defanged.

Related Topic(s): Capitalism; Money; Monsanto; Trump Bigotry; Trump Crime; Trump Cruelty, Add Tags
Add to My Group(s)
Go To Commenting
The views expressed herein are the sole responsibility of the author and do not necessarily reflect those of this website or its editors.