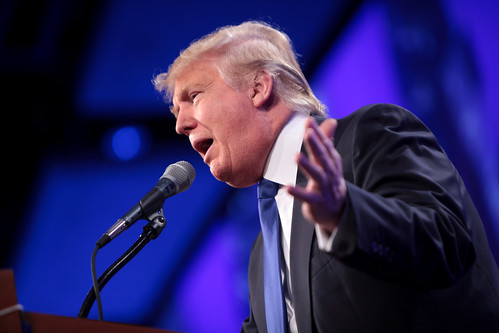 Trump is remaking the Republican party into ... what?

For a century the GOP has been bankrolled by big business and Wall Street. Trump wants to keep the money rolling in. His signature tax cut, two years old last Sunday, has helped US corporations score record profits and the stock marke t reach all-time highs.

To spur even more corporate generosity for the 2020 election, Trump is suggesting more giveaways. Acting chief of staff Mick Mulvaney recently told an assemblage of CEOs that Trump wants to "go beyond" his 2017 tax cut.

Trump also wants to expand his working-class base. In rallies and countless tweets he claims to be restoring the American working class by holding back immigration and trade.

Yet almost nothing has trickled down to ordinary workers. Corporations have used most of their tax savings to buy back their shares, giving the stock market a sugar high. The typical American household remains poorer today than it was before the financial crisis began in 2007.

Related Topic(s): Deficit; Economy; Trump Bigotry; Trump Finances; Trump Tax-cut Scam; Trump Trade War; Workers, Add Tags
Add to My Group(s)
Go To Commenting
The views expressed herein are the sole responsibility of the author and do not necessarily reflect those of this website or its editors.