Trump is prepared to provoke a constitutional crisis. 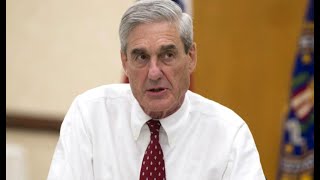 While President Trump cavorts in Asia, his legal problems at home continue to mount. The indictment of three aides, his record-low poll numbers and a wave of Republican defeats in state and local elections compound the threat to his aides, his family and himself by limiting his options. When he returns November 18, he will find himself more vulnerable than ever.

Is Trump trapped? Let's just say the president's defenses have a way of backfiring.

Last May, Trump fired FBI director James Comey in an effort to get rid of "this Russia thing." The result was the appointment of special prosecutor Robert Mueller who indicted former campaign manager Paul Manafort and his aide Rick Gates. According to NBC News, Mueller has also amassed enough evidence to charge Michael Flynn, Trump's short-lived national security adviser.

Trump claimed allegations of collusion between the Trump campaign and Russia were "fake news." Then came the indictment of George Papadopoulos, a former foreign policy aide who says he spoke to a Russian about getting "dirt" on Hillary Clinton.

Trump, who has boasted having "one of the greatest memories of all time," said he couldn't "recall much" about a 2016 meeting in which he appeared in a photograph with Papadopoulos.

Now Trump has a new defense, offered by surrogates in Congress and Fox News.

"We are at risk of a coup d'e'tat in this country if we allow an unaccountable person with no oversight to undermine the duly elected president of the United States," Rep. Matt Gaetz (R-Fla.) said in a Capitol Hill speech Wednesday, according to The Hill. "That is precisely what is happening right now with the indisputable conflicts of interest that are present with Mr. Mueller and others at the Department of Justice."

Along with Congressmen Louie Gohmert (R-Texas) and Andy Biggs (R-Arizona), Gaetz co-sponsored a resolution last week that questions Mueller's neutrality. Capitol Hill Republicans claim the ongoing Trump-Russia investigation is compromised because Mueller was the head of the FBI when the Obama administration approved the sale of the Uranium One mining firm to the Russian atomic energy agency.

People associated with Uranium One donated an astonishing $145 million to the Clinton Foundation, mostly before and during Hillary Clinton's 2008 presidential run, according to the Washington Post. In addition, Bill Clinton received $500,000 from a Russian bank to give a speech at a conference in Moscow in 2011.

What the Uranium One story doesn't have is any evidence of wrongdoing or bias or conflict of interest by Robert Mueller. The Treasury Department was the lead agency that headed the Committee on Foreign Investment in the United States, which approved the investment, according to CNN.

There is no evidence that the Uranium One sale violated any laws or harmed the United States.

I am the editor of JFK Facts (jfkfacts.org), a Web site devoted to accurate information and civil discussion of the causes of the President Kennedy's assassination in 1963 and the power of the secrecy system that endures to this day. I"m also the (more...)
Related Topic(s): Impeachment; Mueller Investigation; Trump Pardons; Uranium, Add Tags
Add to My Group(s)
Go To Commenting
The views expressed herein are the sole responsibility of the author and do not necessarily reflect those of this website or its editors.

Mueller Has Trump & Co. Pinned Down